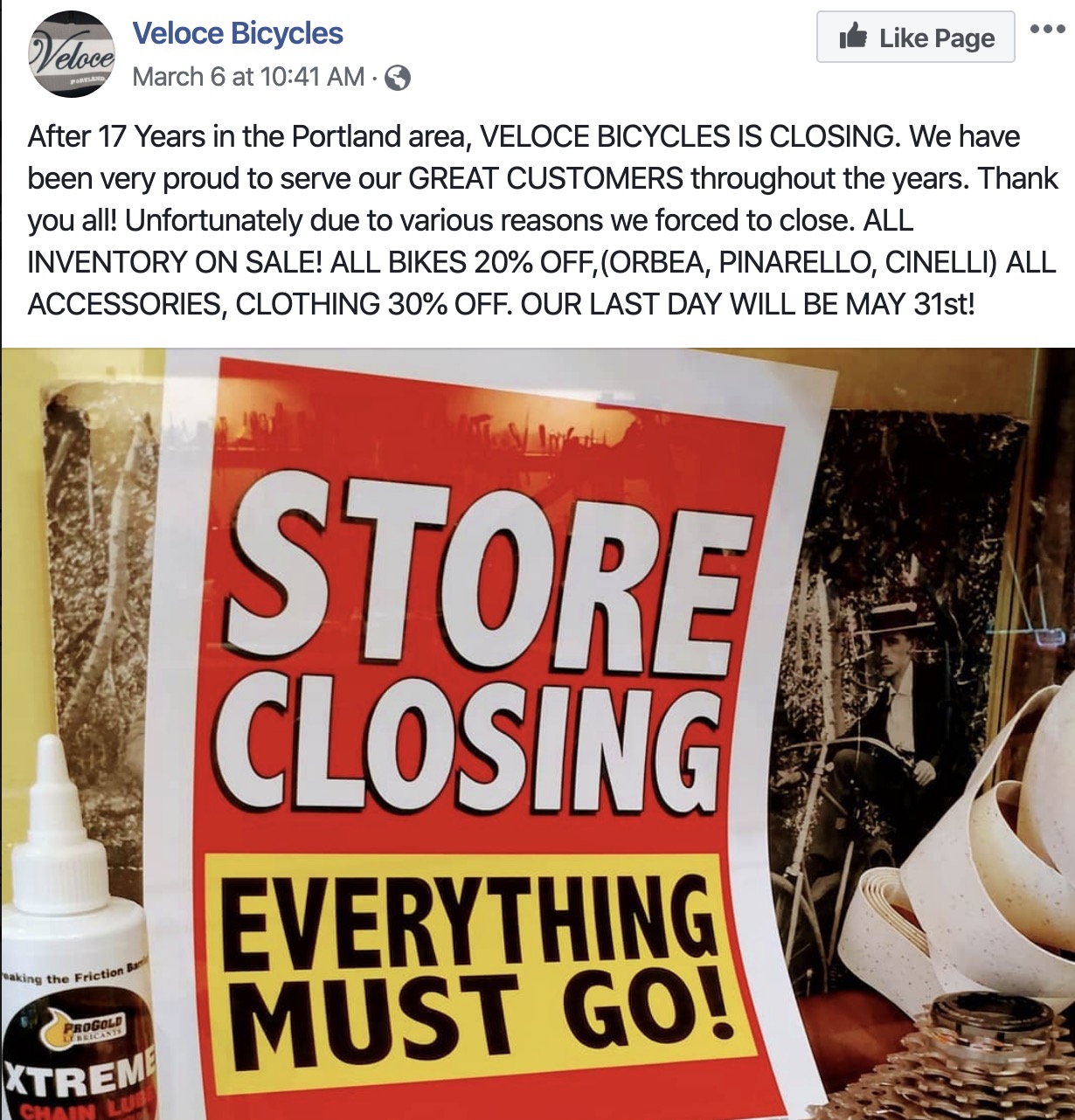 A bike shop with close ties to Portland is the latest to announce that it’s closing.

Veloce Bicycles opened in 2003 in Portland and was located on Southeast Hawthorne Boulevard until 2017. Original owner Demetri Macrigeanis sold the business to current owner Brent Engstrom in 2011.

Engstrom announced earlier this week on the shop’s Facebook page that the shop will close and their last day will be May 31st. “After 17 Years in the Portland area, Veloce Bicycles is closing,” he said. “We have been very proud to serve our great customers throughout the years. Thank you all! Unfortunately due to various reasons we forced to close.”