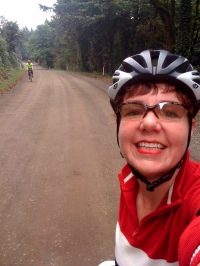 In many ways, Portland resident Maria Schur epitomizes the die-hard Portland bike lover. She averages 120 miles a week in the saddle, commutes by bike to her job at BikeTiresDirect, spent two years as a bike messenger in San Francisco, participated in the first ever Critical Mass ride in 1992, operates a bike-centric blog and has a grandfather who traded his car for a bike in 1942.

What makes the 45-year old Schur stand out from her Rose City peers is her position as president of the 500-member Vancouver Bike Club (VBC), Clark County’s oldest and most active cycling organization.