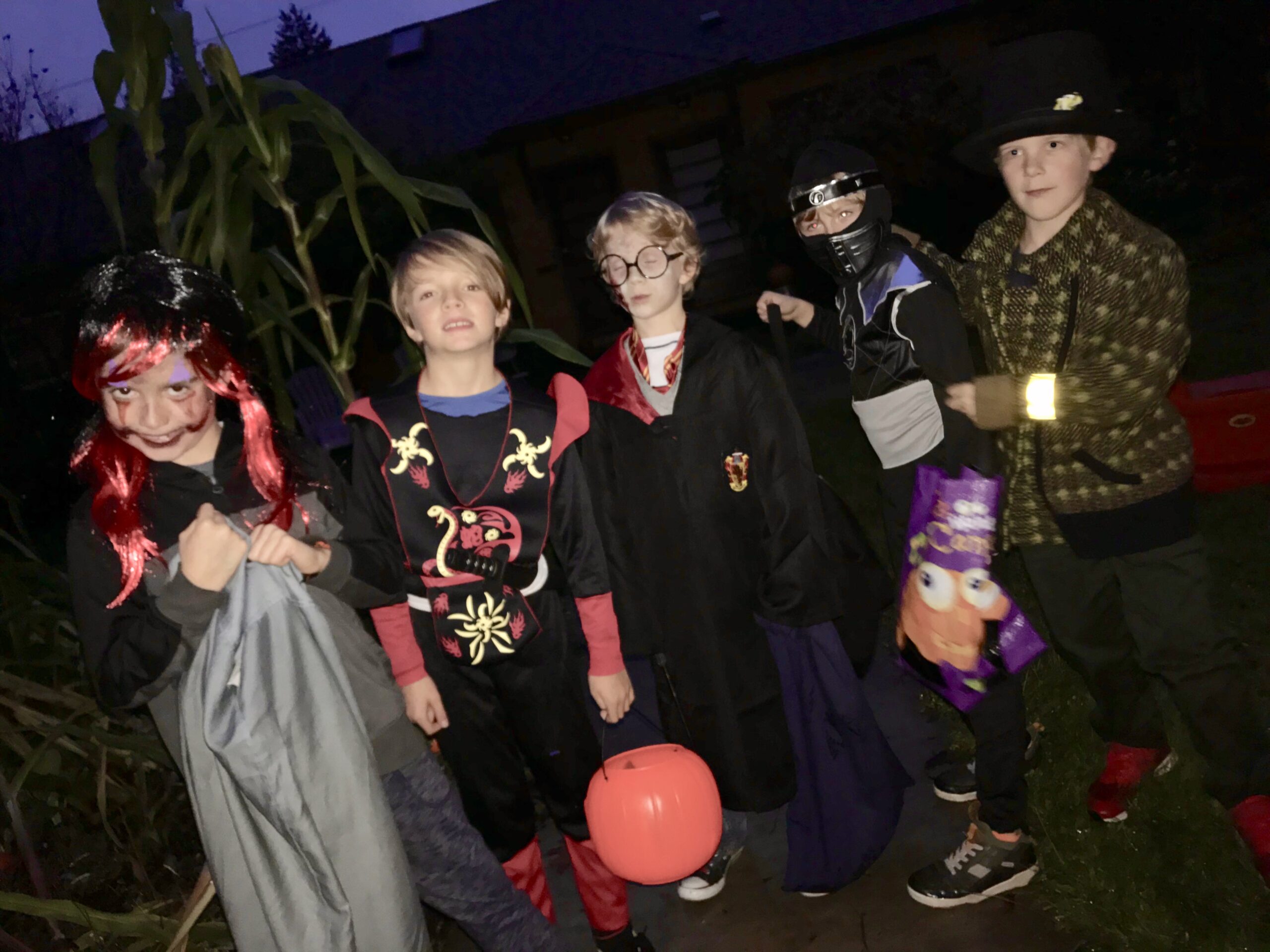 Halloween night gave many Portlanders a chance to understand how street design impacts our ability to enjoy our neighborhoods.

While some parts of the city were deserted, leaving would-be candy suppliers dejected — other places were teeming with kids. We’ve heard that some blocks of the posh Alameda neighborhood had toe-to-toe trick-or-treaters with residents saying they had 400-500 visits. We’ve heard from other people who, sadly, had zero or just a few visits.

My family went out with a few others in the Piedmont neighborhood where costumed traffic was pretty light. One family who joined us said they live in the Cully neighborhood east of 42nd. They drove closer-in because their neighborhood doesn’t have sidewalks and they didn’t feel safe walking around at night. But even in our neighborhood with its full grid of sidewalks, we were always on lookout for drivers and on high-alert whenever a spooky porch beckoned on the other side of the street.

And if you were online at all this week you probably came across an article based on research that shows Halloween night is one of the deadliest of the year for people on foot.