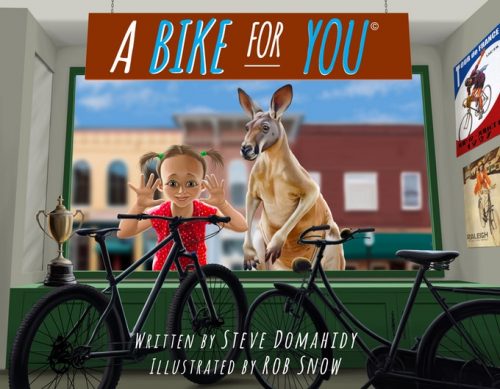 Go to any bike race or adventure ride these days and you’re almost sure to see “Niner” on the downtube of at least one of the bikes. Niner Bikes, as their name suggests, is respected in the bike industry as a pioneer of the 29-inch wheel size, having launched their first model in 2004.

Steve Domahidy co-founded Niner and was head of its R & D department until 2011. He recently moved to Portland where he’s put his design and engineering prowess behind a new brand (Viral Bikes) and a new project that’s a departure from anything he’s worked on in his 30-year career in the bike industry: a children’s book.

Domahidy is currently in the final stretch of a Kickstarter campaign for A Bike For You, a book he wrote in tandem with illustrator Rob Snow. The book is a fun tale that uses animals to explore many different types of bikes and styles of riding. Here’s an excerpt: