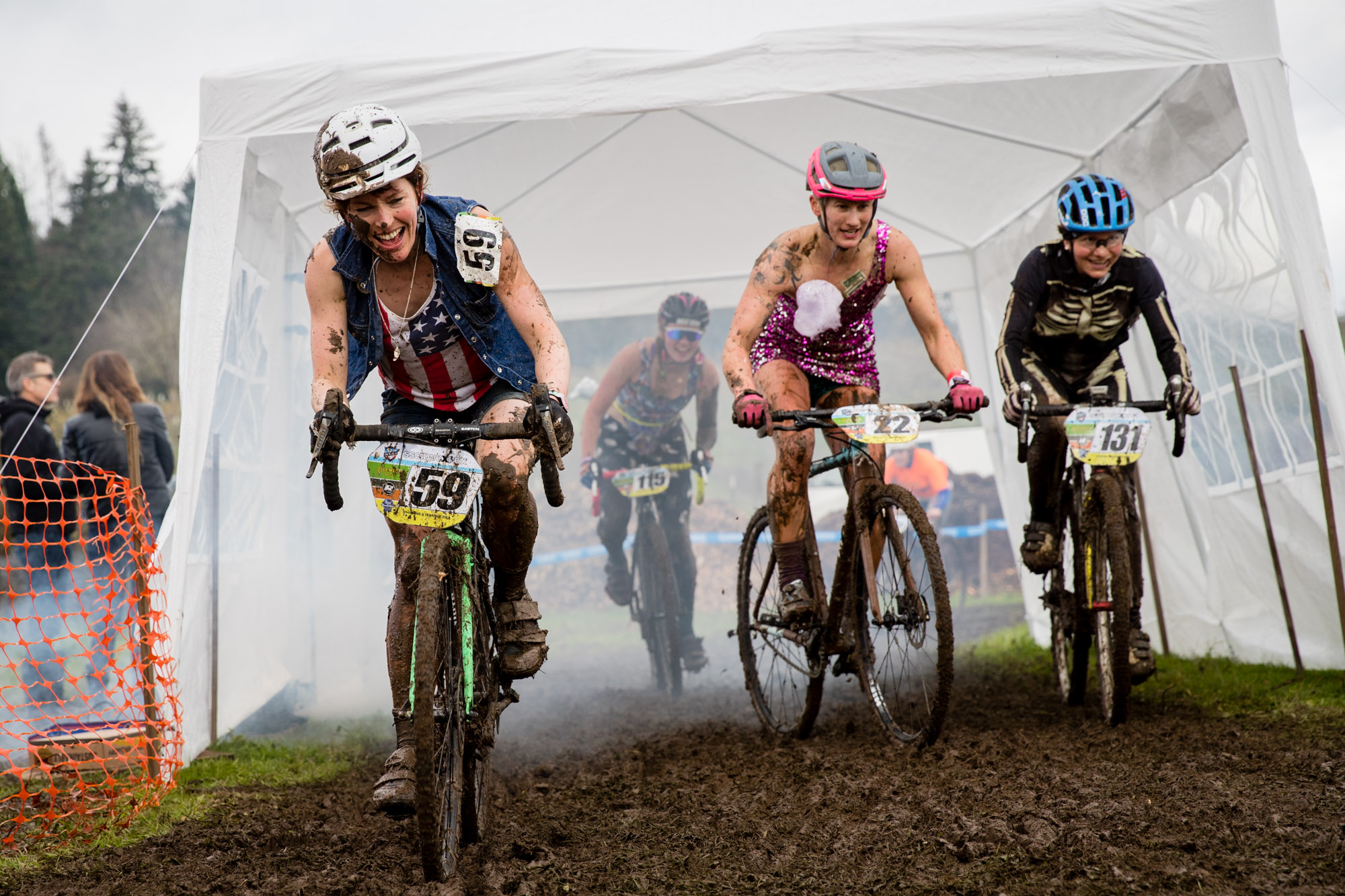 The officially unofficial Singlespeed Cyclocross World Championships (SSCXWCXPDX) are now nothing more than a memory — or a hangover if you were lucky enoughy to be out there. 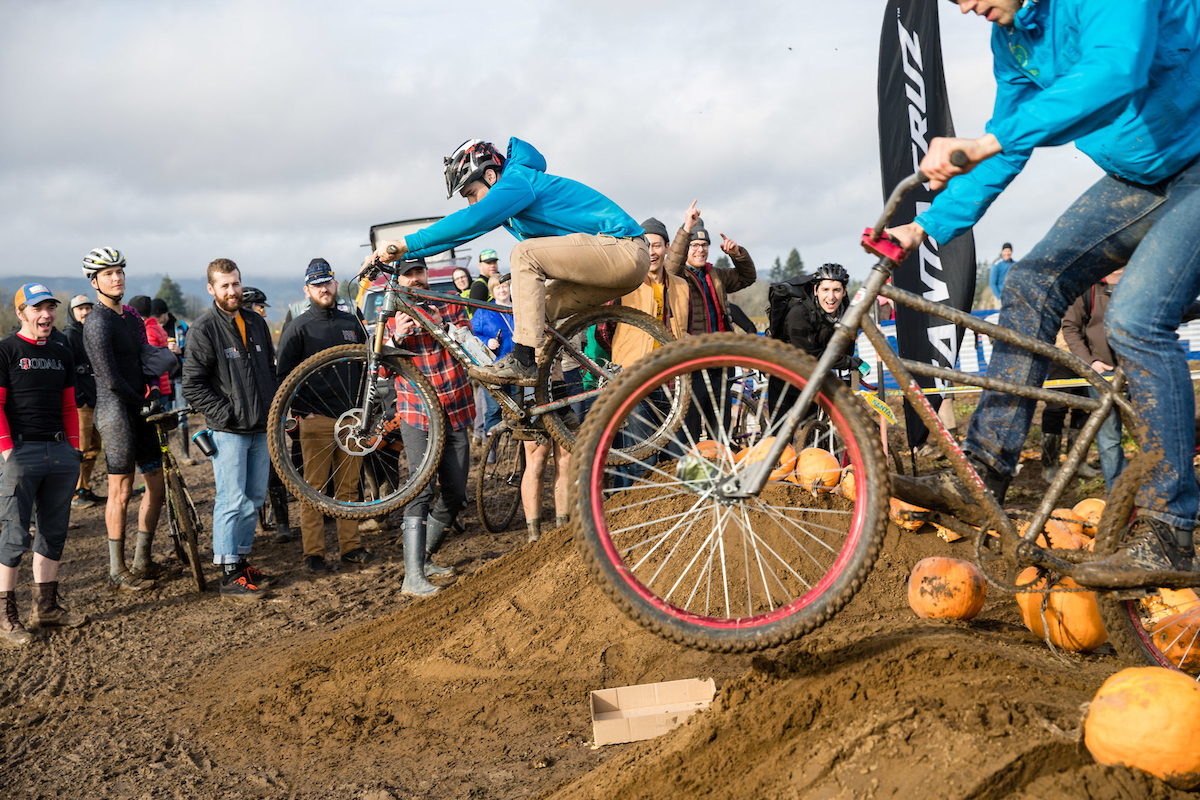 The Singlespeed Cyclocross World Championships (SSCXWC) made a triumphant return to Portland yesterday. Hundreds of racers descended on Kruger’s Farm at Sauvie Island for what looked like an epic day of qualifying heats. Race organizers outdid themselves with creative competitions, fun courses, and lots of surprises — including the presence of cyclocross legend Sven Nys, an Olympic mountain biker and multiple World Champion.

After everyone snapped selfies with Sven, they got down to the business (if you can call it that) of competing for a coveted spot in today’s main events. (Organizers announced yesterday that all the women who registered would automatically qualify.)

Here are a few images of the action from photographer Rob Kerr. 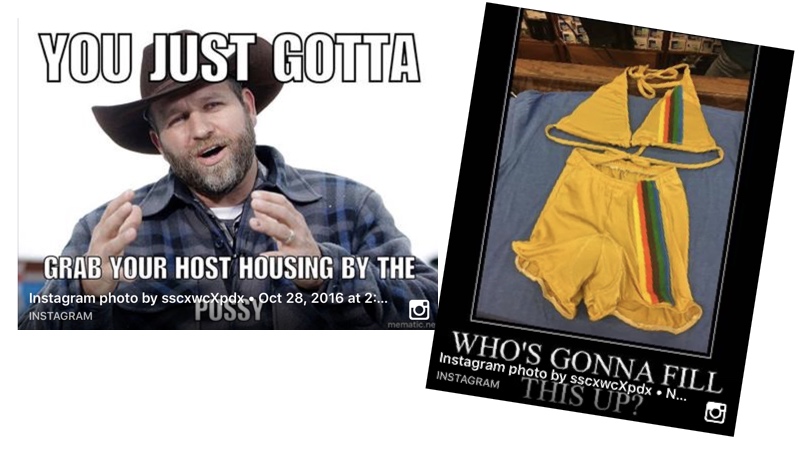 ” This event is about being inclusive. We are not arguing that some of these things aren’t juvenile, but the goal isn’t to be sexist, it’s to be equally silly to everyone.”
— Dani Dance, PDX Singlespeed Collective

Hundreds of racers from all over the country will descend on Portland this weekend for the “officially unofficial” 10th annual Singlespeed Cyclocross World Championships (SSCXWC) — but some fans have decided not to attend and one of its sponsors has pulled out. They say the marketing of the event has been blatantly sexist and objectifies women.

SSCXWC, which got its start in Portland in 2007 and will be held this year at Kruger’s Farm on Sauvie Island, is legendary for its irreverent and debaucherous approach to cyclocross racing. Beer, mandatory tattoos for the winners, crazy costumes, severe heckling, and even strippers are expected elements of the race atmosphere. As the weekend approaches, it feels like everyone in the local bike racing scene is buzzing about it. Registration has been sold out for weeks as organizers have teased out details of Saturday’s main event as part of an elaborate and creative marketing strategy.

But some people feel like the promotion of the event has crossed a line from edgy humor to outright sexism — a behavior the bike industry on the whole has struggled with for many years.