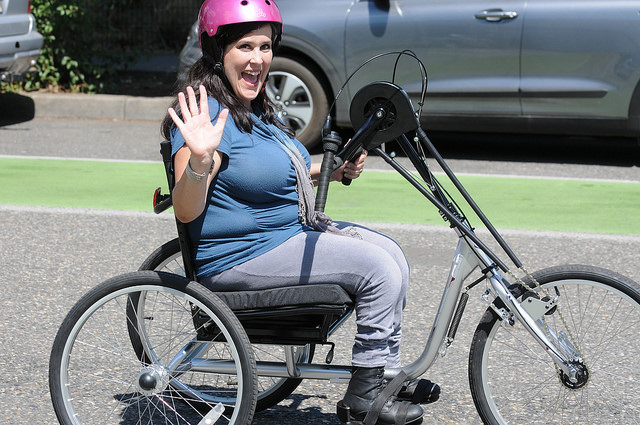 Last month we shared the story of activists who spoke out at a TriMet board meeting about their desire to take adult tricycles on light rail cars.

Current TriMet policy allows only two-wheeled bicycles on MAX. Portlander Serenity Ebert, one of the people who testified at the TriMet meeting, uses a trike as a mobility device and she’s pushing the agency to change its policy so that she and others can have the same access as other bicycle users.

Ebert has requested a formal exception based on her condition, but TriMet denied it on the grounds that she can use a walker instead of the trike in order to access MAX. As follow-up to our previous story, I asked TriMet if they would have allowed Ebert’s tricycle if she was unable to use her walker. Here’s the response from agency PIO Tim Becker: 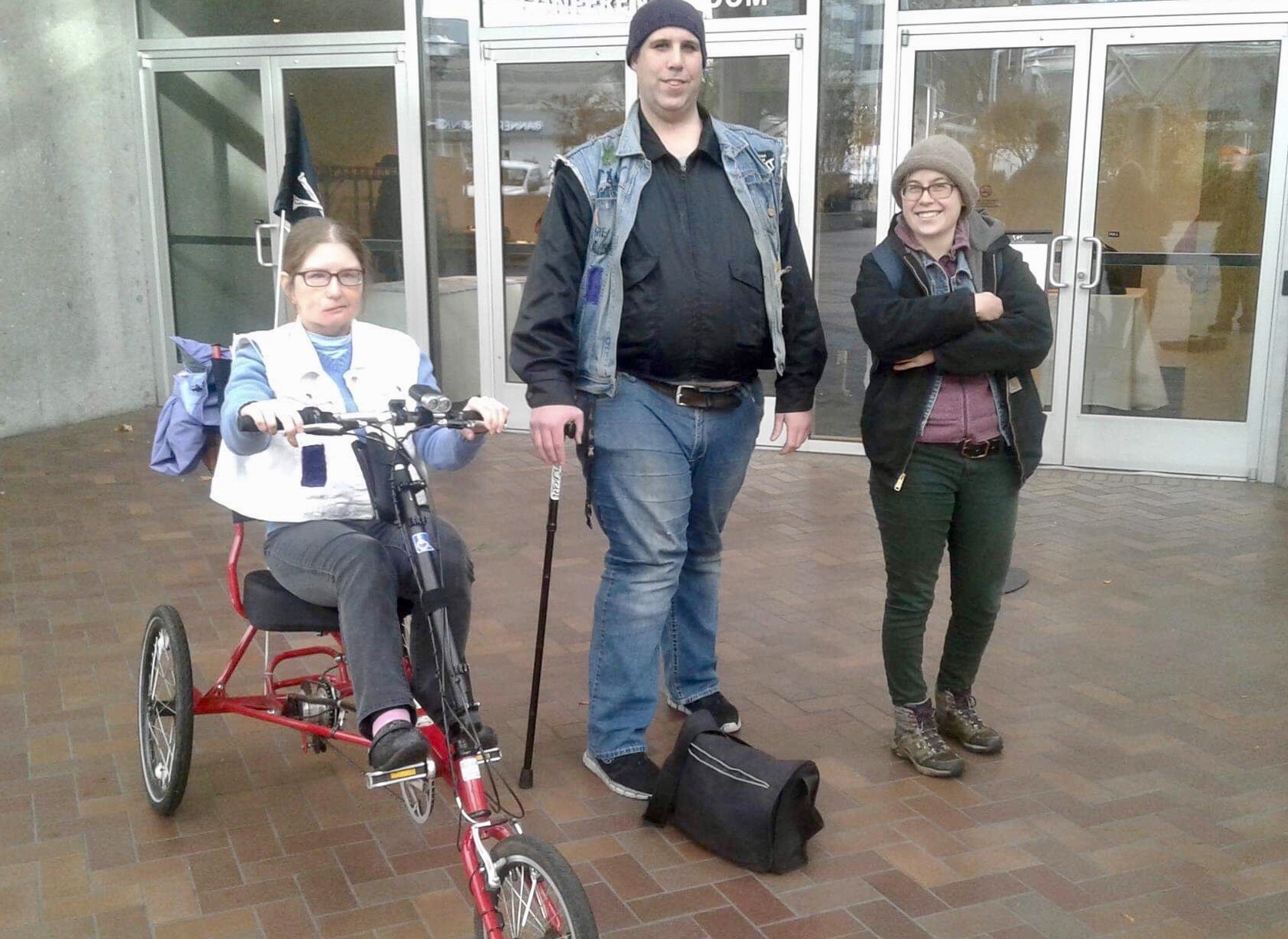 TriMet General Manager Doug Kelsey and the agency’s Board of Directors heard from two cycling activists during the open public comment period of their meeting yesterday.