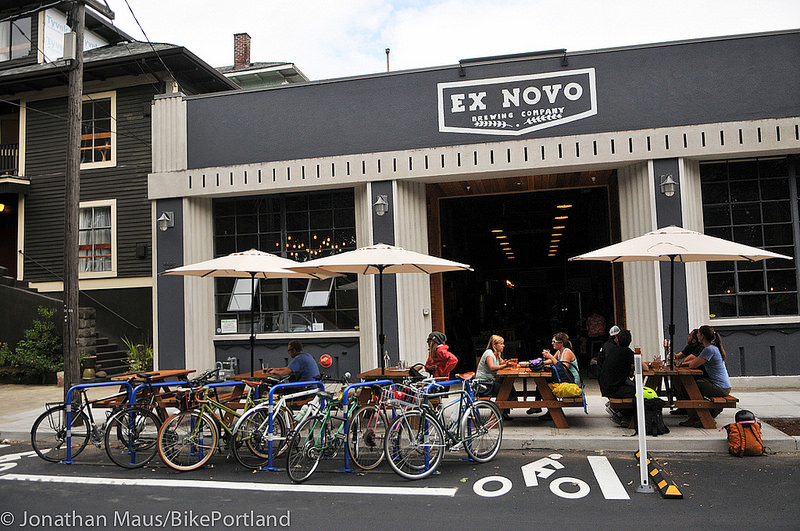 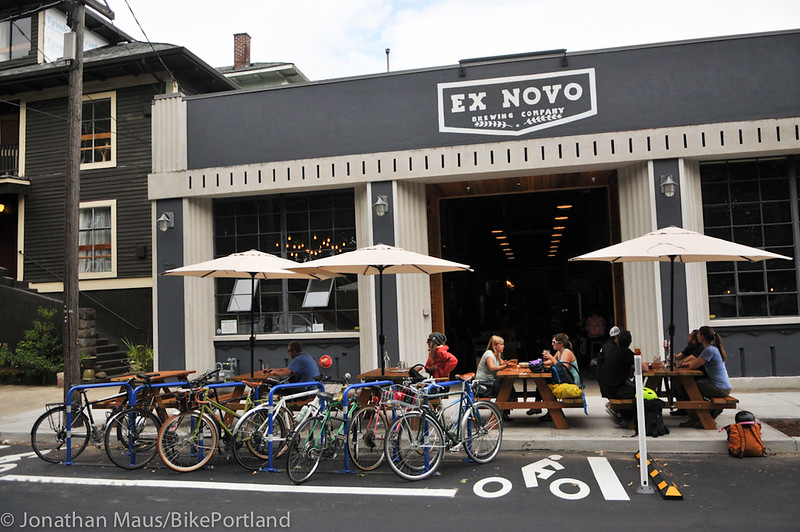 Bike corrals have become a common feature of Portland’s streets. Looks like they could use a larger one at Ex Novo on North Flint Ave.
(Photo by J. Maus/BikePortland)

From St. Johns to Lents, and all points in between, the City of Portland has 145 bike parking corrals. The groupings of blue staple racks have become a standard piece of street furniture and a symbol of Portland’s commitment to cycling.

But how often are they used? Are some overcrowded? Should they be larger? Smaller? And how does Biketown figure into the equation?

These are just some of the questions the Bureau of Transportation hopes to answer with a new, crowdsourced bike corral reporting project. Using a short online form, PBOT wants to know three basic pieces of information: How many bikes are parked at the corral, if they include Biketown bikes, and the date/time of the observation.