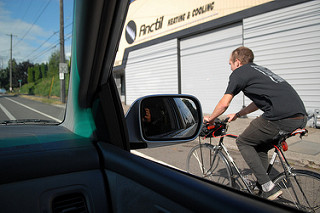 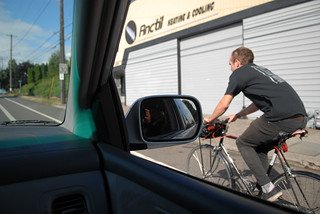 It’s not often we’ll do a post on BikePortland only to highlight someone else’s content. But several readers shared something with me recently that I feel is well worth everyone’s time.

Whether you fashion yourself a community leader, an activist, a politician, or simply a caring human being — we become better versions of those things when we broaden our perspectives and consider new ones. That was one of things I took away after listening to episode 12 of the Heavyweight podcast.

The episode is titled, “Jesse” and it was hosted and produced by Jonathan Goldstein. It follows the story of a Portland resident who was hit by a driver while biking across a street. The collision nearly killed him; but it also led to his rebirth. The story as told by Goldstein would be strong enough on its own; but what makes this episode so good is he interviews the people involved — on both sides of the windshield.