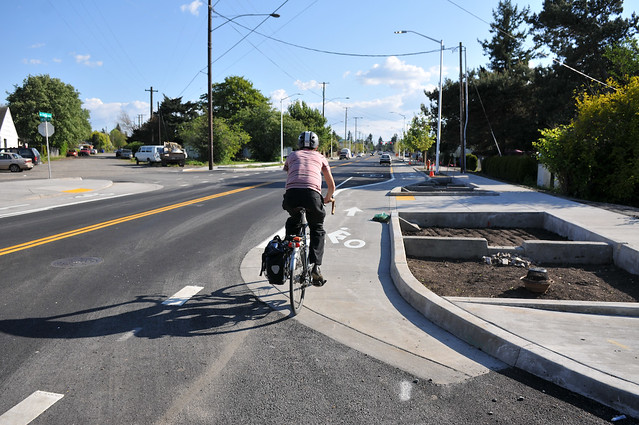 A low mountable curb like the one on NE Cully
is among designs being seriously debated for
SE Powell east of I-205.
(Photo: J.Maus/BikePortland)

Bike lanes separated by a low curb and/or Copenhagen-style raised bike lanes continue to look likely for parts of Powell Boulevard between Interstate 205 and 172nd Avenue.

“Separation between the bike and the travel lane has been a priority of all the committees,” Grosjean, who also serves as vice chair of the Pleasant Valley Neighborhood Association, said in an interview Monday.