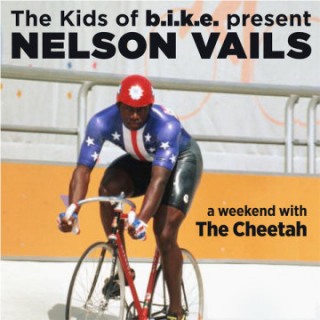 Nelson Vails, the first African-American to win an Olympic medal in cycling and recent inductee into the U.S Bicycle Hall of Fame will be in Portland next month. Vails, known to many by his nickname, “The Cheetah,” is fondly remembered by bike lovers not only for his silver medal in the 1984 Olympics but also for his role as a bike messenger in the 1986 film Quicksilver.

Vails will be in Portland to help raise money for Bicycles and Ideas for Kids Empowerment (a.k.a. Kids of BIKE), a local non-profit that uses bicycle racing and training to help kids from underserved communities have a better chance at academic and personal success.