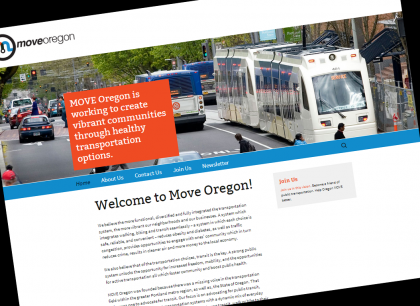 Screen capture from the new MoveOregon.org.

A team of heavy hitters from Portland’s private, public and nonprofit sectors has teamed up to create what looks like Oregon’s most important new transportation nonprofit in years.

It’s setting out to be, in a sense, public transportation’s answer to the Bicycle Transportation Alliance or to AAA Oregon.