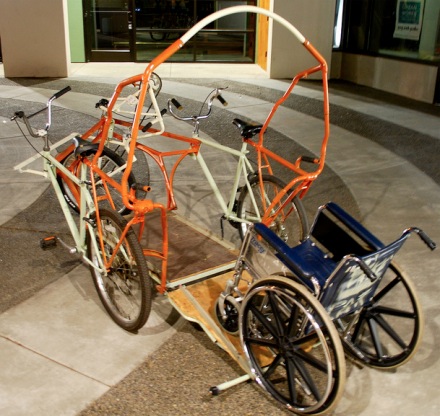 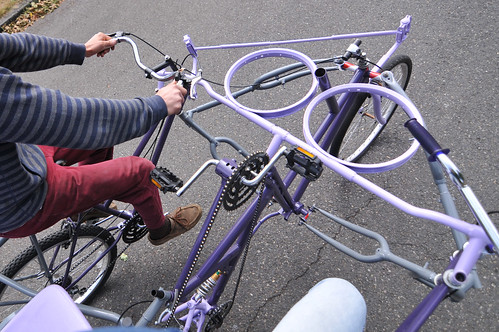 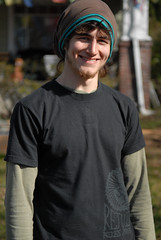 Johnnie Olivan of Portland-based Rejuiced Bikes has won a $15,000 commission to build a mini-fleet of “bike-cars.” Olivan has already been riding several of his bike-cars around Portland, but he’ll use the money to take the design to the next level.

The commission comes from a joint project by Seattle-based non-profits 4Culture and Great City. Olivan replied to a call for ideas through Great City’s aLIVe project, which “aims to spark interaction across disciplines, showcase ideas and suggest action around issues of energy, livability and design.”