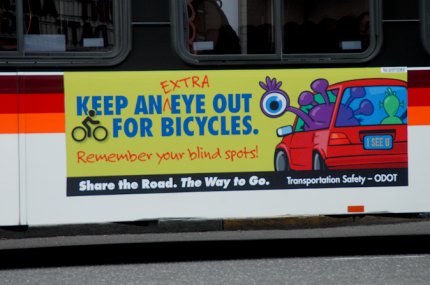 The hiring binge at the Oregon Department of Transportation continues and they just announced a new opening that has the transportation reform crowd buzzing.

ODOT’s current Safe Routes to School and Bike/Ped Safety Coordinator Julie Yip is retiring and the agency is looking for someone to replace her. In the job description, ODOT says the new hire will oversee the existing safety programs for bicycling and walking and will also, “develop and implement transportation safety programs and projects.”

This is one of those “guru” positions that — with the right person — could have a significant impact on biking and walking locally and statewide. While the scope of this job is crucially important (especially with an alarming rise in traffic deaths in recent years) and relatively broad, unfortunately the pay isn’t quite what we’d hope for. Just $41,000 to $60,000 a year probably isn’t enough to snag someone with a lot of experience and swagger to make big things happen. Also note that under “special qualifications” ODOT says, “Driving is an essential function of this position. A valid driver license and an acceptable driving record are required for this position.”