“The hope is that if enough people can show that this issue has also affected them, then the Portland Police and Multnomah County District Attorney’s office will… take appropriate, safe legal action.”
— Mark Ginsberg, lawyer

The alleged vehicular harassment of people riding bicycles by a resident of NW Rock Creek Road near Skyline Blvd continues to be an unsolved problem.

Mark Ginsberg, a local lawyer, bicycle advocate and member of the Oregon Bicycle Racing Association, is working to soothe tempers and make sure that action is taken against the alleged suspect if warranted.

Today, Ginsberg sent out a message to several bike-related emails lists urging anyone who has been victim to harassment on Rock Creek Road to call the police. I’ve pasted Ginsberg’s email below: 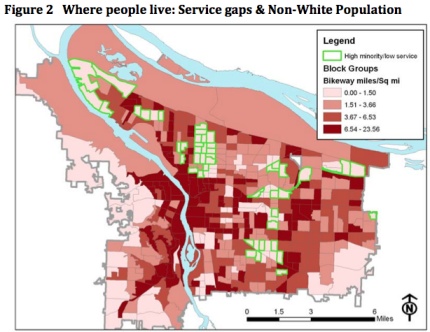 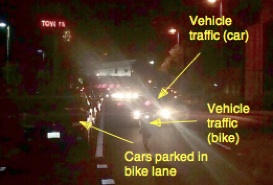 What would help prevent people from parking cars in bike lanes?

The problem as I see it, isn’t that people are simply jerks and don’t care about blocking a lane of travel that is reserved for the use of non-motorized vehicles — it’s more likely a lack of signage, enforcement of existing laws, and a general lack of awareness. To someone who doesn’t ride a bike around town, a wide, curbside bike lane looks a lot like a convenient place to park.

There are two specific locations where this phenomenon is occurring in Portland that have recently come to my attention. 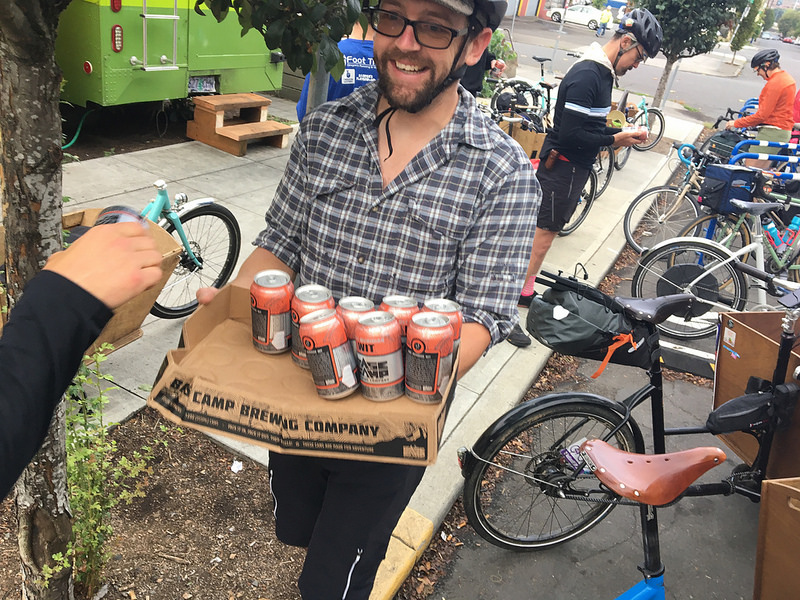 “Alcohol use leads to a host of unsafe bicycling practices, increased head and brain injuries, and costs to the cyclist and community.”
— From the conclusion of a January 2010 study published in American Journal of Emergency Medicine

A story reported by the Associated Press today underscores an issue I’ve had in my story queue for a long time: bicycling under the influence.

The story was about an Oregon Court of Appeals ruling that said a citation for bicycling while intoxicated still counts toward the “three strikes” rule. The court ruled that the state could revoke the driver’s license of a man who was guilty of biking drunk in 2008, even though a driver’s license isn’t required for operating a bicycle.

Like it or not, BUI comes with the same consequences as DUI. However, unlike DUI, drunk biking has nowhere near the cultural awareness drunk driving has. As more people use bikes to get around, is it time to up our awareness and education around this issue?