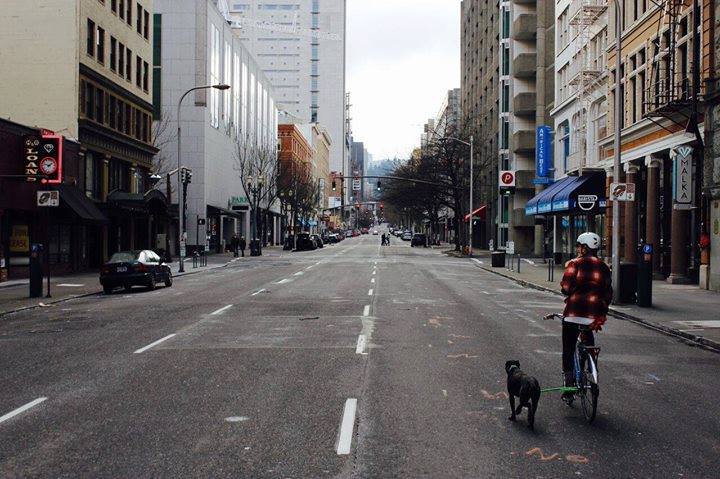 Time for the Coolest, Most Chill Christmas Tradition.

We’ll meet up at the Martin Luther King Jr Statue at the Convention Center at 9:30am, leaving at 10am for the most carless you’ll ever see Downtown Portland and Close-in PDX.

Come ride with us and build up your Christmas Hunger!

(Houses with holiday lights in the Starkwood neighborhood. Photos by Tom Howe) 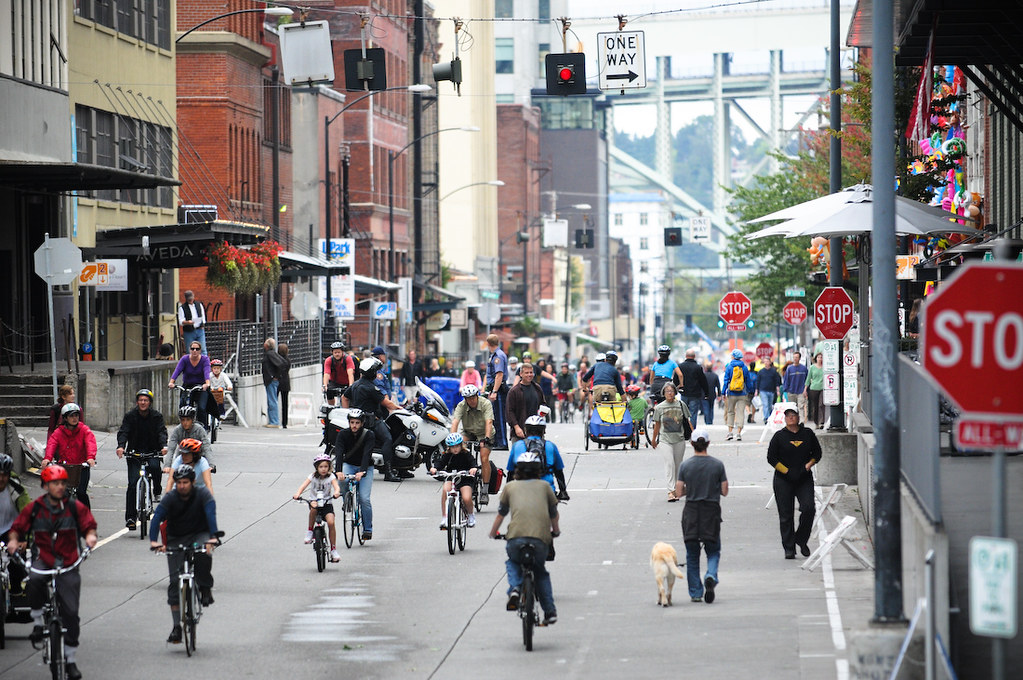 Sometime in the 1920s, the American auto industry worked very hard and very consciously to achieve a great victory: they successfully associated their product with freedom.

A machine that had been developed to power farm implements and long-distance travel became a way for the wealthy, and gradually for the less wealthy, to zoom and roar right through the middle of cities.

As documented by history professor Peter Norton’s 2008 book Fighting Traffic (and many links over the years in BikePortland’s Monday Roundup), many Americans — maybe most of them — didn’t see this as a blow in favor of freedom; just the opposite. They saw it as a takeover of city streets. Even in a world where many more people died of disease and violence than they do today, the public was shocked by the notion that a person’s freedom to zoom down a street could be more important than a child’s freedom to play in it.