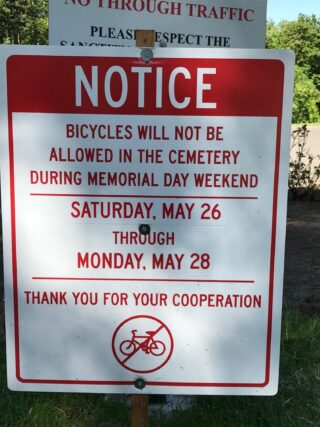 Before we get the inevitable, “Hi BikePortland! Did you hear that River View Cemetery is closed to bikes!?” emails; please plan ahead for the upcoming closure of this route on Memorial Day weekend.

Just like they did last year, the cemetery has decided to prohibit access through the cemetery during the busy holiday. The move comes in response to complaints from cemetery visitors about rude and dangerous behavior by bicycle riders. When this closure first happened in 2017, some of the Board of Trustees (who manage the cemetery) were convinced that a permanent ban was needed.

However, that disaster was averted thanks in part to the collaborative approach to problem solving and internal advocacy from River View’s Executive Director David Noble (and the work of The Street Trust who has helped broker these conversations for many years).
END_OF_DOCUMENT_TOKEN_TO_BE_REPLACED

Here’s the deal on new gate at River View Cemetery 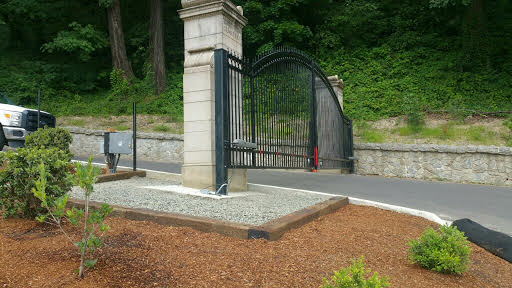 The closed gate with path to the side for bicycle users to get by.
(Photos

As several of you may have noticed there’s a new gate at the lower entrance to River View Cemetery just across from the new Sellwood Bridge.

The bad news is it’ll be closed at 4:00 pm from now on. The good news is that it’s intended for motor vehicle drivers and they’ve left a space for bicycle users to walk around it.

We received several emails about the gate last week from readers concerned that the gate was the disaster we had hoped to avert when we reported on this issue last month. As you recall, cemetery staff are in a tough spot. The private nonprofit must balance its desire to maintain public access to their roads while maintaining a safe and respectful environment for their customers. The issue continues to bubble up because the cemetery receives many complaints about people riding bicycles too fast and without respect for others.

After hearing about the newly closed gate we contacted River View Cemetery Executive Director David Noble. He said the gate is now operational and is programmed to open at 6:00 am (specifically for morning bicycle commuters — staff doesn’t show up until 8:00) and close at 4:00 pm daily.
END_OF_DOCUMENT_TOKEN_TO_BE_REPLACED 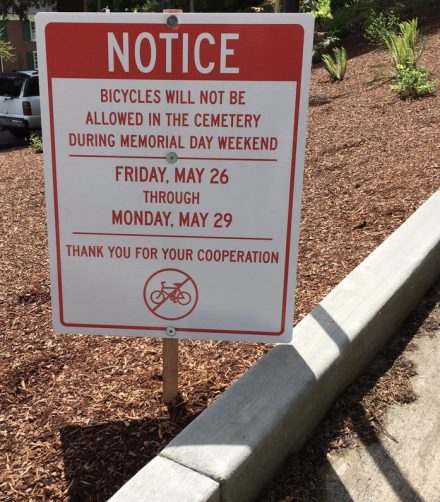 Most obeyed it, but still too many did not.
(Photo: David Cushman)

I have good news and bad news about the future of bicycle access in River View Cemetery.

As you might recall from our reporting last month, the privately-owned roads through the cemetery in southwest Portland (between the Willamette River and Terwilliger Blvd at the Sellwood Bridge) were closed to bicycle riders over Memorial Day Weekend. These roads are usually open to bikes because the cemetery recognizes that they provide a much safer alternative to the other roads in the area. Unfortunately many people don’t respect the cemetery for what is — a place for quiet reflection — and use it as a training route and/or speed through without regard for cemetery visitors.

(Note: The route is even a segment on the popular riding app Strava — which encourages people to ride fast to improve their ranking. The segment has been flagged for removal in the Strava system but has not yet been removed.)

With complaints on the rise, River View Cemetery Executive Director David Noble contacted us with a serious warning: If behavior of bicycle users doesn’t improve, he’ll be forced (by the cemetery’s member-owners) to ban bikes completely. In the interim, Noble decided to ban biking during the long Memorial Day holiday. If that ban was disrespected and if the poor behavior continued despite it, a complete ban would have been on the table.

Thankfully, most bicycle riders heeded the ban and there are no plans for a prohibition on pedaled vehicles.

Hopefully not a sign of things to come.
(Photo: David Cushman)

Bicycles will not be allowed to roll through River View Cemetery this coming Memorial Day weekend (Friday, May 26th through Monday, May 29th).

If that news bothers you, consider this: We’re lucky it’s open to us at all. And if we want it to remain open in the future, we better start riding with more respect.

The historic cemetery that sits on 350 acres of prime real estate overlooking the Willamette River just west of the Sellwood Bridge is a private nonprofit organization that was founded in 1882. Its Board of Trustees generously allows free bicycle access through the property because it provides a safe, direct, and pleasant connection between Sellwood and southwest Portland. The alternate routes on SW Boones Ferry and Taylors Ferry roads are out-of-the-way and very stressful on a bike due to their outdated and car-centric design.

However, despite this amazing gift bicycle riders have been given, far too many people abuse this privilege by riding in a way that fails to show the respect due to this venerable place and the people who visit and staff it.
END_OF_DOCUMENT_TOKEN_TO_BE_REPLACED 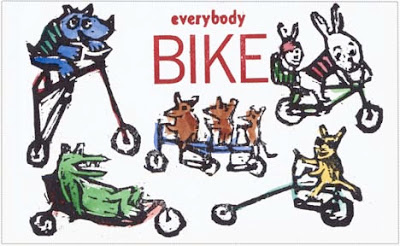