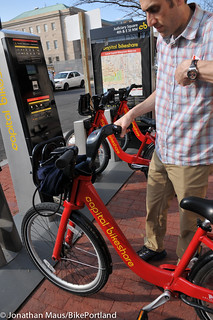 On Friday afternoon, the Portland Bureau of Transportation (PBOT) announced that Alta Bicycle Share had won the contract to operate the Portland Bike Share system. Given Alta’s Portland headquarters, their success in nabbing major bike share projects around the country, and Birk’s own close connections with the City of Portland (she used to run the City’s bike program and her other company Alta Planning + Design is a frequent contractor), the decision wasn’t a huge surprise.

But while Birk’s company had a huge head start in the race for this contract, PBOT must have also been aware of the flood of headlines about software problems and delays that have dogged Alta Bicycle Share for the past few months.

To learn more from Alta’s perspective, and to get an update on the issues underlying that publicity, I asked Birk a few questions via email…