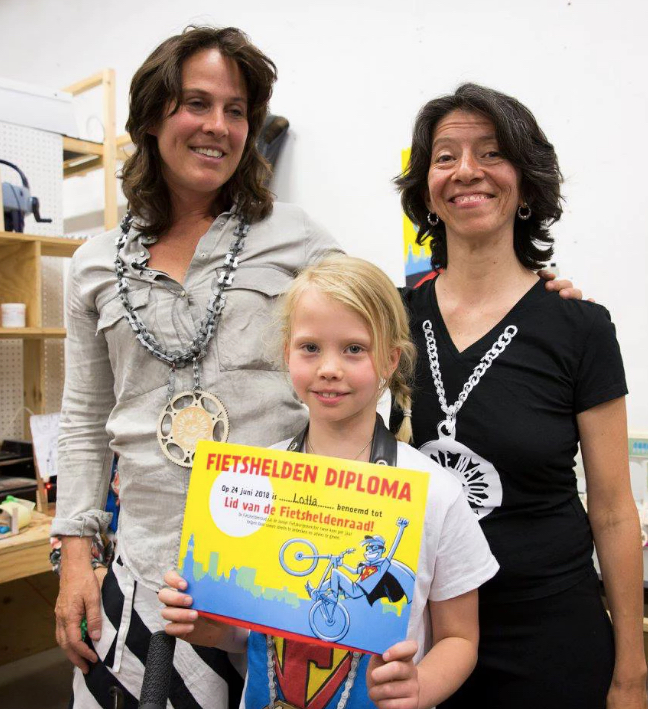 I’m Robin Scholetzky, an urban planner and southeast Portland resident. This past June I participated in a graduate-level course at the University of Amsterdam on bicycling and urban design called Planning the Cycling City.

One of the organizations I learned about through the course was BYCS. BYCS is an international advocacy organization with a mission to increase the number of trips by bicycle to 50 percent by 2030 worldwide (50by30). This is an ambitious goal and one of the ways they are seeking to gain traction is the development of the international Bicycle Mayors Program.

The Mayor program is designed to provide a platform and resources for individuals to become change agents in major cities across the world. There is one bicycle mayor in the United States in Keene, New Hampshire. Others in North America include Areli Carreón in Mexico City.

Areli was a colleague of mine in the Planning the Cycling City program and when we talked about this program, she explained that “Changing a city is a long-term process that needs team work. The Bike Mayor position helps to build that team spirit and a sense of direction and energy to push and pull for urban changes.” For Areli, the Bicycle Mayor program has, “Been a chance to speak up on behalf of my community so that politicians never forget to design and build the city for us, the people.”