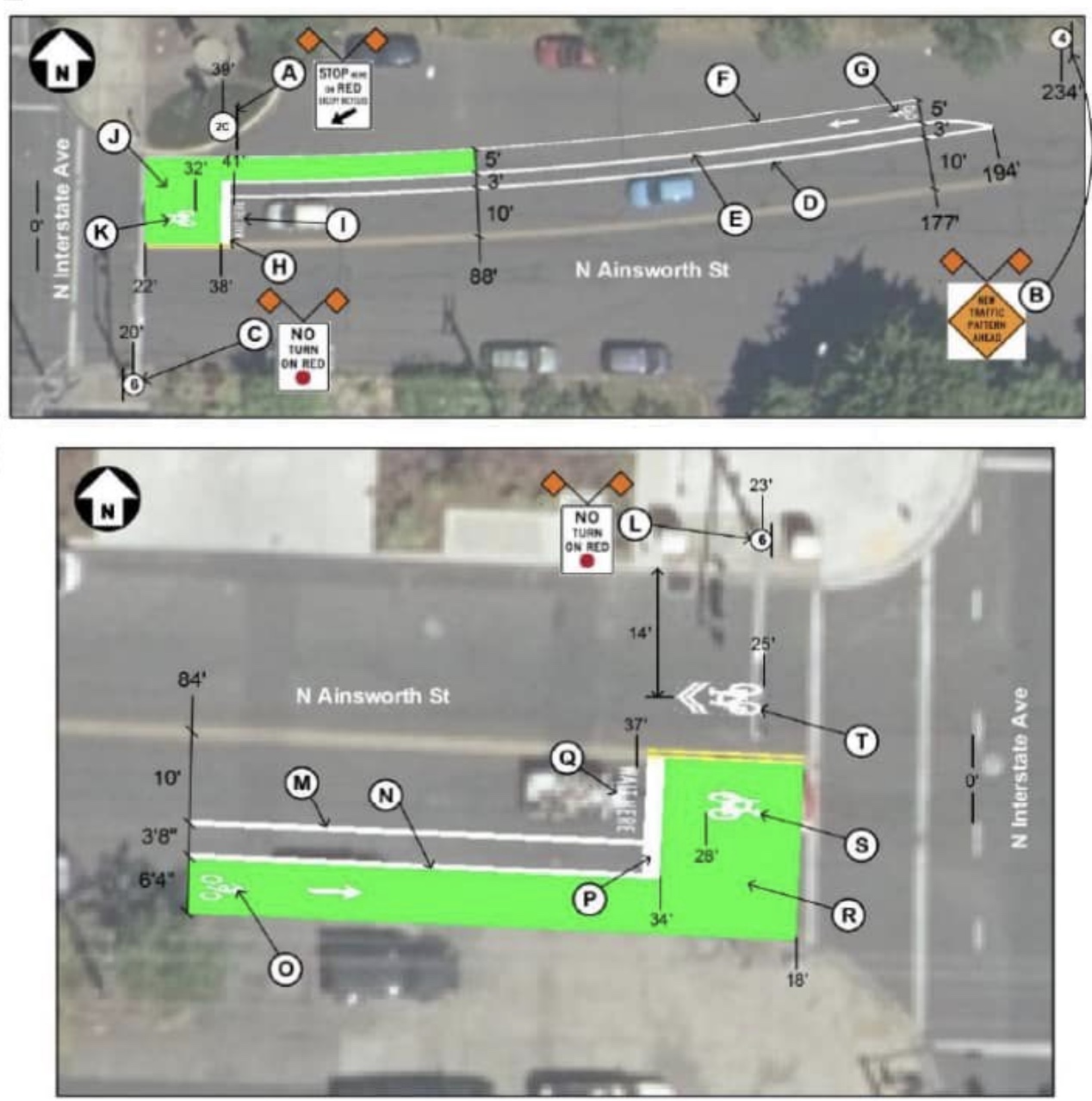 A popular bike route in north Portland is about to see a significant change. The Portland Bureau of Transportation plans to install a bike box and will prohibit right-turn-on-red on North Ainsworth Street at Interstate Avenue.

PBOT Neighborhood Greenways Program Coordinator Scott Cohen wrote in the message that, “The project will improve safety and close a gap in the transportation system.”

Ainsworth is an interesting street in this area. It’s not particularly bike-friendly, but people like it because it connects directly to the (north-south) Michigan and Concord neighborhood greenways and the Williams Ave bikeway. It’s also the best, southernmost connection to the serene vibes and views on Willamette Blvd (which connects to St. Johns and points beyond). One of the stressful things about Ainsworth is that riders share a roadway with car drivers. Despite the 20 mph speed limit, the lack of dedicated cycling space and design characteristics (on-street parking and relatively narrow curb-to-curb width) can make it feel unsettling — especially for families and “interested but concerned” riders.

PBOT has taken note of the valuable role Ainsworth plays in the bike network. In 2019 they installed a special detector to help bike riders trigger the traffic signal. Unfortunately, many people using bikes don’t know how it works and still hug the curb and push the pedestrian button instead of waiting in the middle of the lane (like the person in the photo above left, and who can blame them?!). This is inconvenient and it puts bike riders at higher risk for right-hooks.

The new bike box should help promote safer behaviors at this intersection. It will be colored green, with a wide, buffered bike lane directing bike riders to the front of the traffic queue.  The “No Turn on Red” signs should also help — but only if people obey them.

In addition to the bike box and turn restrictions, PBOT will also prohibit parking for 65-feet west of Interstate on the south side of Ainsworth (in front of several businesses). “This will allow people who are bicycling to move ahead of vehicles at a busy intersection,” Cohen said.

The changes will help not only the bikeway, but should lead to a calmer intersection overall for kids and families walking to the school and other destinations in the area.

Construction is expected to begin as early as this month or later this fall and be completed before the end of the year. 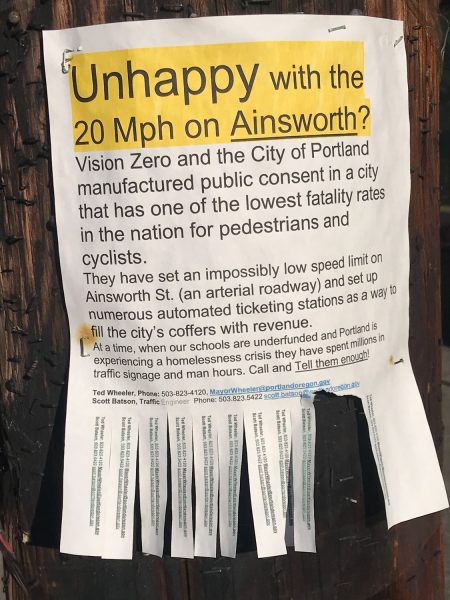 I first saw this sign on the Instagram feed of UrbanAdventureLeaguePDX and I just had to see it with my own eyes.