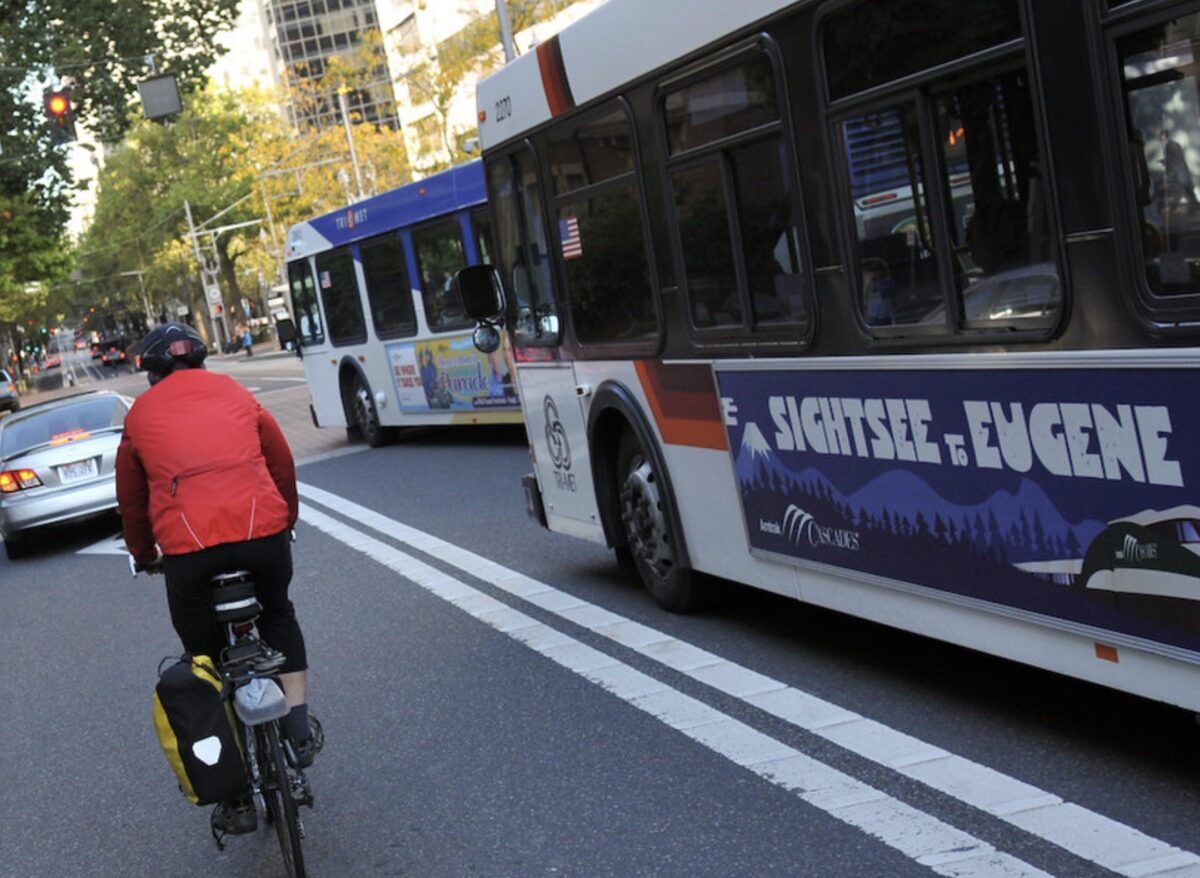 Last week the Oregon Transportation Commission finalized their decision on how to spend $412 million in discretionary funding from the Infrastructure Investment and Jobs Act (IIJA). That amount was just one-third of the $1.2 billion funding boost the state received through the Highway Trust Fund.

Yesterday the Federal Transit Administration (FTA) announced the state-by-state allocations for an additional $20 billion in funding.

Oregon will receive just over $153 million to invest in our transit systems statewide for the 2022 fiscal year. For context, Oregon received about $110 million in 2021. “This is a nice bump,” said one Oregon Department of Transportation (ODOT) source, who estimated the Portland-Vancouver area would receive about $104 million of this money.

Compared to other states, Oregon came in 20th place funding-wise, even though our population ranks us 27th. New York and California were at the top with about $2 billion each to spend on their transit system. Our northern neighbors of Washington received $369 million. Nationwide, this funding is a 58% increase over previous years.

The $20 billion released this week represents only 35% of what the FTA distributes to states each year.

As we shared in February, Metro has already hinted what they’d like to spend the money on. They want help to pay for bus rapid transit (BRT) on 82nd and Tualatin-Valley Highway, more electric buses, a streetcar extension in northwest Portland, and more.

For context, TriMet’s Division Transit Project, which will improve bus service between downtown and Gresham, is estimated to cost $175 million.

With such vast needs and urgency around transit service, some observers were disappointed that ODOT didn’t recommend any additional set-aside of the $412 million in IIJA flexible funds to public transit. Ian Davidson, board president of Cherriots, a transit system that serves the Salem area, wrote to the Oregon Transportation Commission in mid-February to say the lack of transit funding in the IIJA scenarios proposed by ODOT was, “surprising and disappointing.”

An ODOT source I heard from for this story said decision was made because ODOT knew this FTA allocation was on the way and that, taken together with new transit funding from the payroll tax passed by the legislature in 2017 meant that “transit providers are receiving significant increases in funding (though nowhere what they need).” So instead of funding transit through the discretionary funding, they directed more of those funds to other non-highway needs like cycling, walking, and safety projects and programs.

One big thing to remember about federal funding is that it is all capital funding. There are some ways to use 5307 as operating to offset maintenance costs, however, this is capped. The federal funding helps pay for buses, stations, technology, etc. Local money is almost always the way that bus operators are paid for. This is good news, but if you want more service on the road, continue to advocate for more local funding.

There is also the related problem that the local match for federal capital funding eats up local resources. The federal grant for the stupid and inequitable “Better Red” rail project now under construction required an equal amount of bond money backed by TriMet’s local payroll tax.

Are PBOT and Trimet going to make priorities of some of the low-hanging fruit? Priority signaling for MAX and the streetcar in downtown areas are two obvious best-practices that should be implemented ASAP. It’s absurd that a light rail vehicle carrying hundreds of people should be made to wait for single-occupancy cars.

The trains already have priority at crossing/intersections. If cars stall/block intersections then that’s the fault of no enforcement of traffic laws.
Often it’s Trimet’s own incompetance that keeps the trains sitting and waiting. A train can’t pass another broken down train that isn’t maintained properly or a broken switch because it didn’t have its routine maintenance.

5 billion for electric buses? that seems like a waste of money considering how terrible they are for the environment (lithium/cobalt). it would be cheaper and more effective if they would just shut down greenways to thru car traffic. remove on street parking and make a separated bike lane on major destination roads like hawthorne, sw 23rd, belmont, etc….

Electric buses are not “terrible for the environment” if you factor in their lowered impact on climate change compared to diesel buses. Given the collapse of Portland’s bike ridership in the face of many new/improved facilities, I very much doubt closing greenways to cars and parking removal on major streets would have nearly the same impact on emissions (or total environmental impact) as making buses more efficient. I see no reason to think it would improve ridership much at all.

Maybe it would be better to spend the electric bus money on just more busses, give them that the alternative is more cars.

The ODOT and flunky OTC decision on the flexible funds was indeed very disappointing. When is the governor going to wake up about global warming? ODOT needs a complete overhaul.