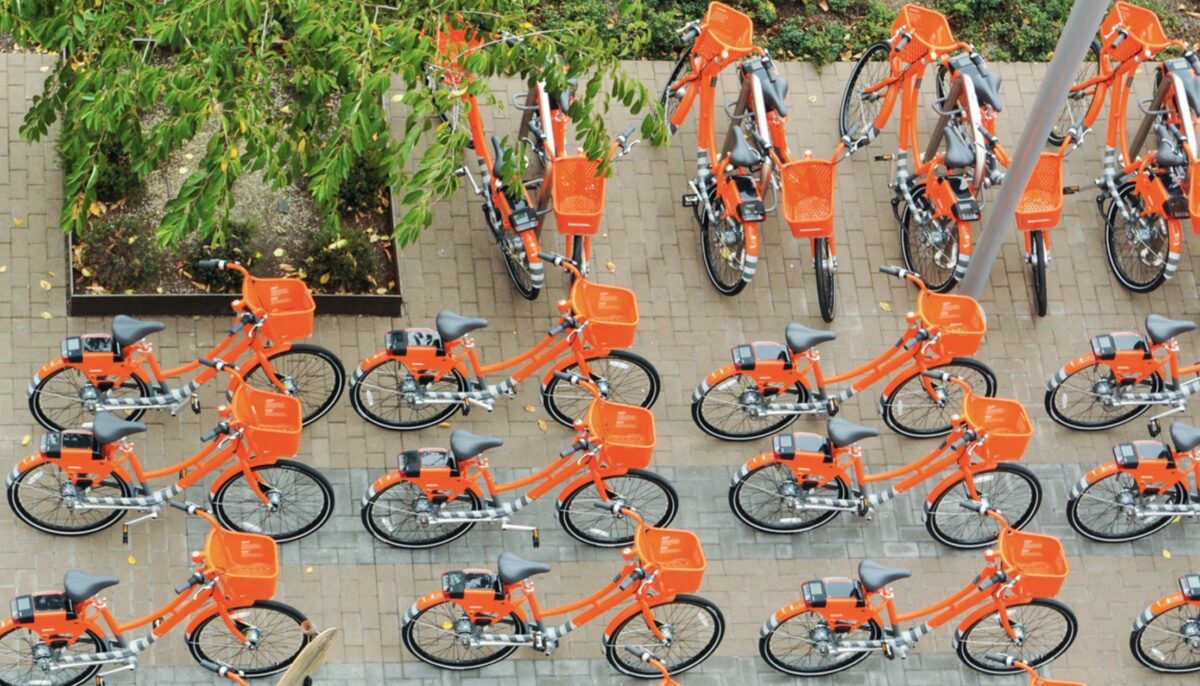 “We are very happy and grateful to the city of Portland.”
— Chelsea Cox, Hamilton Bike Share

The City of Portland has found a home for our old bike share bikes.

About 750 of the trusty original fleet of the orange, Nike-sponsored Biketown bikes had been gathering dust in storage for the past year after the bureau of transportation set them aside in favor of the all-electric fleet that launched in September 2020. The well-worn used bikes, which are worth about $1.6 million in new condition, were incompatible with new software and other features of the re-launched system.

Portland’s loss is Hamilton, Ontario’s gain. At council this week, PBOT will ask Mayor Ted Wheeler and his fellow commissioners to endorse an agreement with Hamilton Bike Share, Inc., the nonprofit that runs Hamilton’s bike share system. According to city documents, PBOT will donate about 650 bikes and miscellaneous replacement parts and tools. PBOT estimates they’ll need $2,000 to load the old bikes into shipping containers and send them up north. The City of Hamilton will cover all other costs associated with the donation, which PBOT values at $10,000 based on the fair market value of the bikes (using guidance from the IRS). 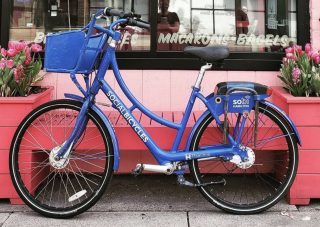 PBOT tried to find a home for the bikes in Oregon, but no suitors stepped up. A few meeting were held with interested parties but PBOT says, “none were interested or able to take on the bikes.” “There is no entity in Portland that could meaningfully use a large number of these pedal only bikes,” reads a document in the council record.

Not only are the old bikes very heavy and specifically engineered for use in bike share systems, they also had proprietary software on-board. Hamilton Bike Share already uses the same model of bike (made by Social Bicycles) which makes integration into their system possible.

Hamilton won’t take all the old Biketown bikes. A small number of them will be donated to Portland-based organizations for what PBOT refers to as, “cultural or historical reasons (like the Oregon Historical Society)”.

The donation will nearly double the size of Hamilton Bike Share, which currently has 800 bikes. The group’s Executive Director Chelsea Cox shared with us this morning that she and her crew are, “Really excited,” about the donation. “This gives us an opportunity to improve our fleet and grow our service. We are very happy and grateful to the city of Portland.” Cox added that another reason they’re happy about the donation was that it prevents the bikes from being wasted and sent to a landfill. And while Hamilton’s existing bikes are dark blue, Cox said they plan to keep the Biketown orange color because repainting was deemed too expensive.

“We’ll pay a sort of homage to Portland,” Cox said. (While the orange color will remain, all Nike swooshes and other branding must be removed, as per the agreement.)

The icing on the cake is that while these bikes are old to us, they are actually a bit newer than Hamilton’s existing bikes. Cox said she can’t wait to receive the bikes, tune them up, and get them out onto the streets.

UPDATE, 11:34 am: In an announcement about the Hamilton deal today, PBOT announced that they’ll donate 100 bikes to the central Oregon city of Bend to help them re-start their bike share program. Bend’s system will be operated by Cascadia Mobility, Inc., a company we profiled back in April that recently took over a system in Eugene.

“PBOT estimates they’ll need $2,000 to load the old bikes into shipping containers and send them up north.”

Technically Hamilton Ontario is a bit south of Portland.

Wait, is that South Detroit?

So glad to hear these are being reused.

why could they not use them here to expand the service area?

because the tech and hardware used in the old bikes is not compatible with the new, all-e-bike system.

So? There are obviously people who are still fine with pedaling. Why can’t they use and maintain both styles at the same time? Expand the service area, make the human powered bikes more affordable, and offer the ebikes at a premium rental price if that’s what some people want. Seems like a win-win situation to me.

Great news for Portland, Bend and Hamilton. Glad to hear that they did not end up in a PBoT Area 51 type warehouse or sitting out in the elements in a remote base yard …for years.

[Jonathan: can you follow up on this statement: “$10,000 based on the fair market value of the bikes (using guidance from the IRS):?]

Its not to say that they are not worth more than “$15 each”…just curious if they used scrap value or an “estimated” value ‘discounted for administrative purposes’ (need for software etc.).

If everyone was this honest on their taxes about the crap they donate, the world would be a better place.

biketown appears to have a similar trajectory to Car2Go: Upgrade to very expensive, luxury models, expand the service area and raise the prices. Then disappear, though I hope Biketown does not disappear.

I am happy the bikes are being re-used, but disappointed they won’t be around if the e-bike share proves to be too expensive to be sustainable.

Donations are good; reusing is good. But whose money is that being donated to another city? Hmmm.

Yep, Portland taxpayers take it in the shorts again. Yes, we definitely could use the $65,000. Personally, I would put it toward the “hire more police officers” fund.

In US or Canadian dollars?

Portland is paying the $2,000 to pack the bikes into containers. Hamilton is paying the other shipping costs and the rebranding (which staff here estimate at $50,000 Canadian dollars). The orange colour will remain… Hamilton’s bikes are blue or white.

This is VERY appreciated. Portland is such a progressive city, and please know that we in Hamilton who are hopeful that our town emulates the best aspects of yours are quite thankful. Hamilton’s bike share program has been a local success story, despite its geographic limitations and the fact a previous operator (Uber… ugh) pulled out of its agreement to run things. These bikes are *very* popular in the older, denser parts of Hamilton, and there is hope to expand the program to other areas of the city.