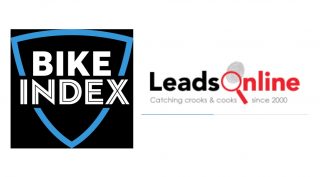 Bike Index is very excited to announce a new partner in our fight against bike theft: LeadsOnline.com!

LeadsOnline runs the nation’s largest online investigation system used by thousands of law enforcement officers to monitor pawn shop and secondhand retailer transactions. Pawn shops across the country report their transactions to LeadsOnline in order to comply with local laws – and police use the site’s tools to search for, identify, and recover stolen goods from their own local police reports.


One of the first ‘hits’ was a bike that was stolen in Salt Lake City, Utah and pawned at a shop in Nevada — 400 miles away.

The Bike Index (just in case you aren’t familiar with us yet!) is a huge, free, volunteer-supported registry of bike ownership and stolen bike data. We work with hundreds of partners
across the world (including Bike Portland and the Portland Police) to register bikes – and of course, find and recover bikes after they are stolen. Our work has helped return over 3,400 bikes to date, and our data is used daily to ID and recover bikes through awesome partnerships like this.

No other bike registration system has such a partnership in place – and as hardcore anti-bike-theft nerds we are pretty excited about this. By giving LeadsOnline our stolen bike data, we’re closing a huge loophole thieves often use to ‘game the system’ by pawning bikes in different jurisdictions.

Learning about the pawn system has been a bit of a ‘deep dive’ for me. I first got interested in this after Bike Index recovered bikes stolen in PDX and sold to WA pawn shops. The victim’s inevitable “What about my police report? Shouldn’t that have flagged the bike when it got pawned?” question came up, so I started digging into how this happened.

Long story short? There are a lot of non-technical reasons – (patchwork laws, lack of police staffing, many non-linked cross-jurisdictional databases, delays for data moving from one system to another …) that complicate things. Let’s just say there are a lot of reasons why a bike stolen in “city A” doesn’t pop-up as stolen if it’s pawned in “city B” – even if the owner diligently filled out police reports with their bike’s serial number.

Again, this varies wildly from state to state and city to city, but that’s the gist. Even weirder, some states force victims to pay for their own stolen bike if it pops-up in a pawn shop – effectively allowing shops to ‘ransom’ bikes back to their rightful owners. In fact, friends of ours at CyclingUtah.com actually changed their local laws on this because
they were totally appalled at this idea of victims having to ‘ransom’ their own bikes back.

So how does this partnership impact you? It means that if you list your stolen bike in Bike Index, that info is instantaneously available to Leads Online’s tens of thousands of law enforcement users. If a thief tries to pawn that bike, it’ll be flagged – even if they take it across state lines, or all the way across the country. This of course is in addition to the tons of daily searches Bike Index already gets from riders, bike shops, other law enforcement users, and universities across the nation.

This also means that more stolen bike are going to come home: even during our ‘test’ phase, we fielded calls from police all over the country as they suddenly got stolen bike ‘hits’ in their Leads data. One of the first ‘hits’ was a bike that was stolen in Salt Lake City, Utah and pawned at a shop in Nevada — 400 miles away.

Stay tuned to bikeindex.org/news for our monthly stolen bike recovery stories, and let me know if you have any questions about this. Better yet, let me know if there’s an organization you would like to introduce to the Bike Index. We’re always looking for new partners. And PS – as always – don’t forget to go register your bikes at bikeindex.org!

Excellent work and a major accomplishment, Bryan. Thanks for your tireless efforts to impede the sale of stolen bicycles.

I really need to get some of my bikes registered. Hopefully this is the last reminder I’ll need.

Oddly, my spouse and I were just discussing bike theft yesterday. We realized that every single person we know who rides a bike has had at least one stolen. Interestingly, we know of very few people who have had their cars stolen (although my spouse was car-jacked 25 years ago and the perp. made off with her friend’s car).

This is great news. Our shop no longer deals in used bikes, but back when we did we reported items to Leadsonline as required by law. It always felt futile. One of the required fields was type of item, and the choices were firearm, jewlery, and other. The whole system (at least up here in Seattle) seemed like a bit of theater. At least now there is some hope of the serial number getting checked against a meaningful database. Now everybody go out and record your serial numbers!!

I love BikeIndex and the stories of people who get reunited with their bikes due to your site.

I’m curious, does BikeIndex currently partner with any bike shops to get new bikes registered right when they’re purchased? If that was provided as an option when buying a bike, maybe that would decrease the number of unregistered (newer, shinier) bikes over time, and increase the possibility of a stolen bike being recovered, since the point of purchase is when I’d imagine somebody is most likely to be thinking about something like registering a bike to make sure it isn’t stolen. And the shop could help someone find/record their serial number as part of the purchase.

Even something like half-sheets with all the info needed that the shop gives to the new bike owner (and writes the serial number on, right in the shop) would be really useful. Maybe this is already done, but I haven’t bought a bike in like 5 years, and haven’t been in a bike shop since getting some new fenders last winter, so I’m probably hopelessly out of the loop.

We do, indeed, both vis POS integration (see: https://bikeindex.org/news/lightspeed-retail–bikeindex–win) and with other lower-tech methods – like 3×5 “please register” registration cards inserted in the manuals along with receipt etc. We have a ton of US shops doing this now (strongest in OR,WA,CA of course) but by all means tell any shops you know of know about us.

Along with registrations, shops drive a lot of recoveries, too, i.e. things like this https://www.portlandbicycletours.com/2016/11/01/happy-endings

Thank you for all your work!