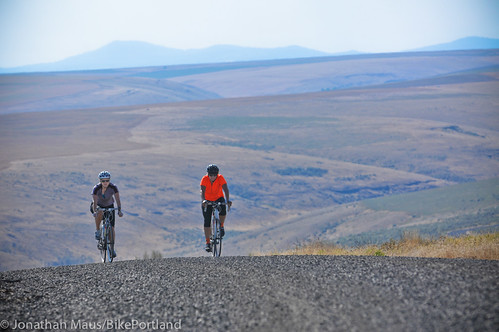 It was finally time to hit the gravel. This is Courtney Martin and Jenn Dederich cresting a climb on Hale Ridge Road with the Blue Mountains in the background.
(Photos by J. Maus/BikePortland)

This is our final post in a series on riding in eastern Oregon with the support of Treo Bike Tours. See the other posts here.

The group’s final day of riding in eastern Oregon was filled with mixed emotions. It was the first taste of gravel road riding for some people, it included a fast, curvy descent, and it’s conclusion meant a return to work, routines, and the end of a magical four days.

Treo’s ranch in Heppner, Oregon is situated among a veritable goldmine of gravel roads. Not only are their a seemingly infinite number of unpaved loops and route options, the gravel roads are in great shape compared to other places in Oregon that see active logging and other uses. It’s first-class gravel. In fact, many of the miles are actually mostly dirt with a few small bits of gravel thrown in to keep you honest.

But for roadies new to off-pavement riding, the mere thought of riding gravel is a enough to make the palms sweat. In the case of the group I was with last weekend, several of them brought a separate, beefier bike to use for the last day (which was no problem thanks to getting picked up by the Treo bus and trailer which can fit plenty of spare bikes).

I was looking forward to this day because it was the only day of the trip where we didn’t drive to a starting point. There’s something special about riding from the ranch. I love climbing out of the valley and watching the Carlsons’ ranch fade away while savoring the adventures we’ve had and the final one that lies ahead.

Our plan for the day was to ride from the Treo ranch to Condon — about a 40 mile journey that included 15 miles of gravel on Hale Ridge Road, a stop at a vacant homestead, one spectacular downhill, a serious climb (out of Rock Creek), and then a final few miles on Wasco-Heppner Highway through Condon’s iconic wheat fields just as they reached their pre-harvest peak.

Check out more photos and notes from the road… 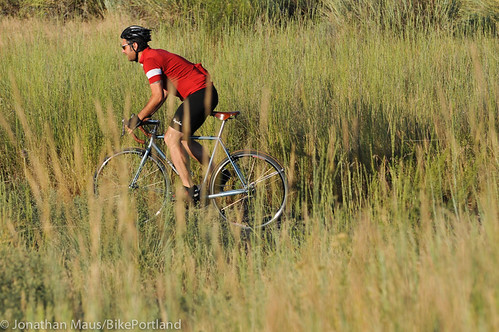 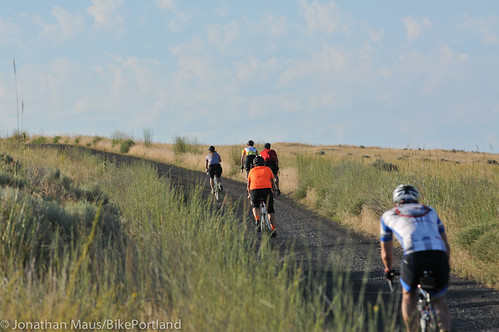 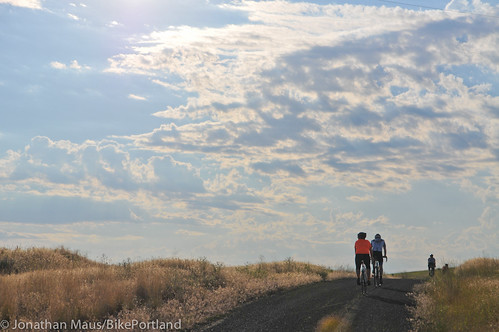 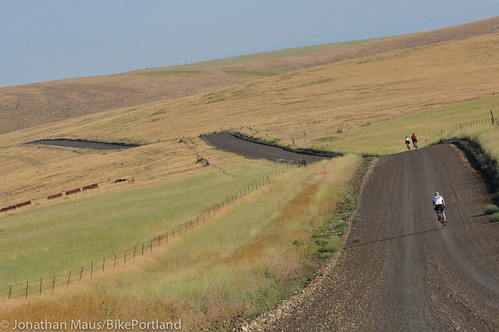 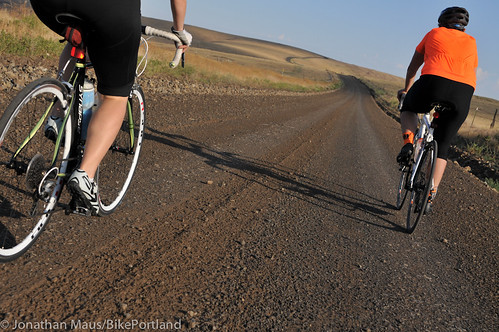 The gravel roads around Treo are the smoothest, kindest, and fastest I’ve ever ridden. 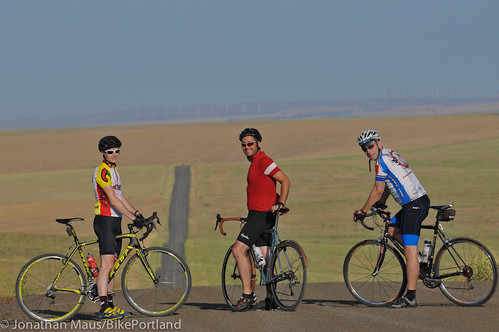 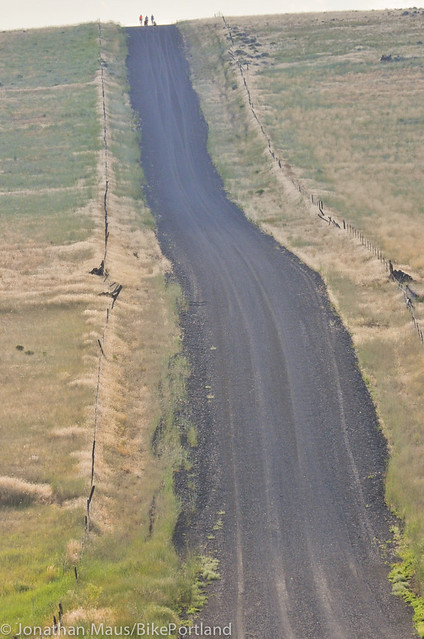 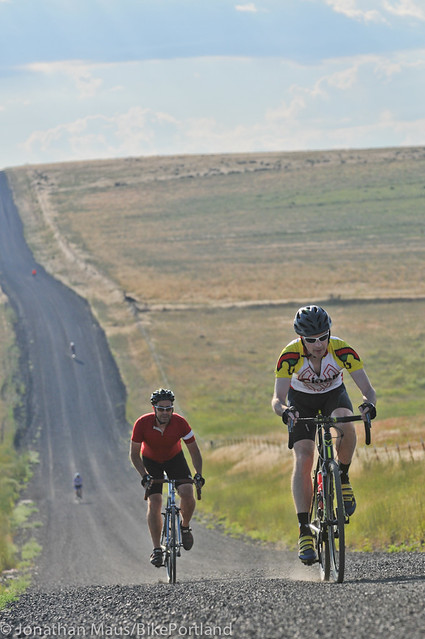 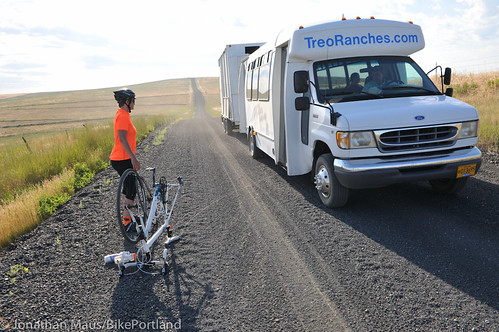 Flat? No problem with the rolling support vehicle close behind! 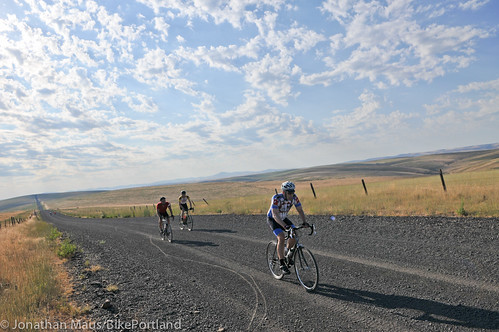 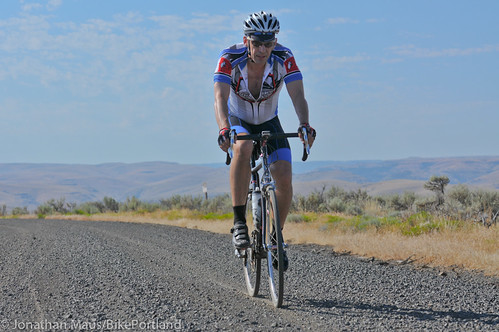 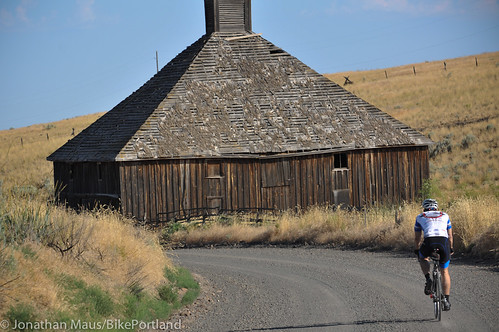 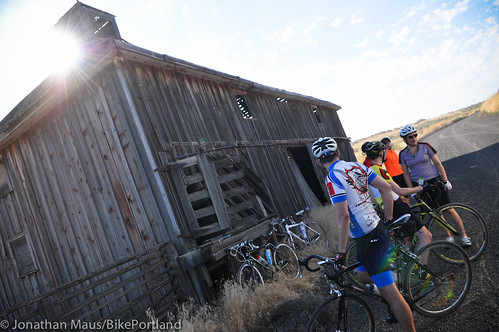 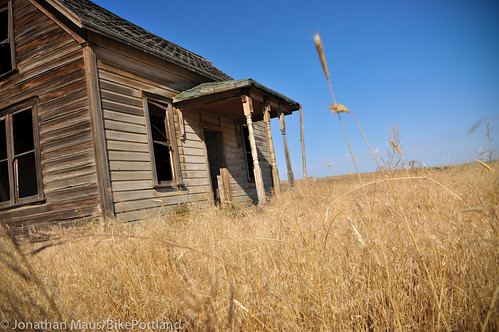 We spent a while exploring a deserted home and barn structures. 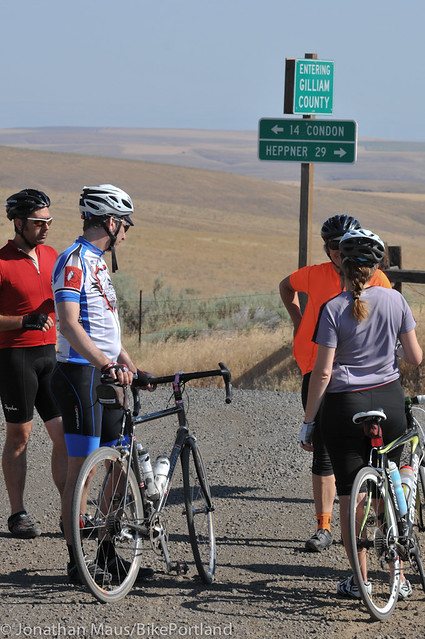 When we reached the paved highway, a few folks were sad to be done with the gravel. 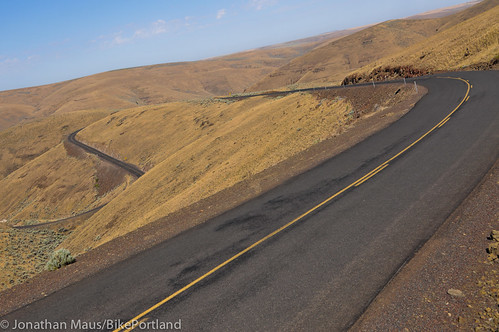 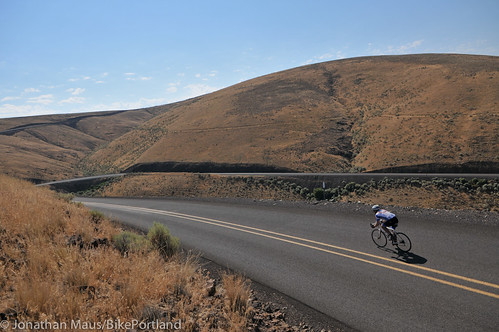 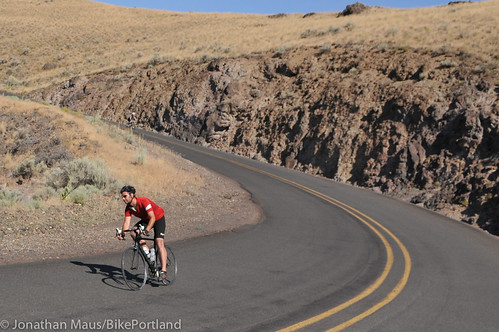 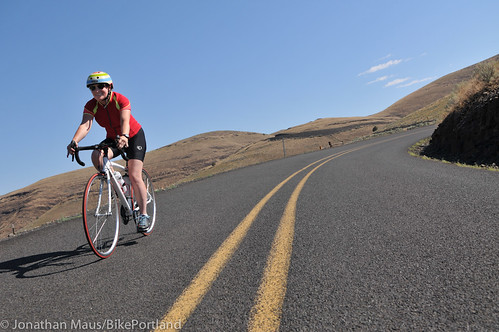 I hope you’ve enjoyed this series. It’s just a taste of the riding adventures that eastern Oregon offers. In particular, I’m really excited about what Phil and Cathy Carlson have created at Treo Bike Tours. In just two short years, they’ve developed something very special. In a very remote area with few services for bike riders, Treo now offers a level of support and hospitality that is unmatched in Oregon. The addition of the shuttle bus and his corporate packages is a game-changer in my opinion that raises the bar for other bicycle tourism businesses throughout the state. Don’t think of it as simply a “sag wagon,” the Treo bus allows folks to hop-on-hop-off whenever they’d like. That means, if you someone in your group isn’t as strong or daring, or simply wants to take a break, they can hop in the bus for a few minutes or a few miles and then get back out and ride when they feel better.

The other big addition to Treo’s arsenal is the development of educational experiences that complement the day’s riding. On this trip, Phil introduced us to the wonders of ancient geology, the hardships on the Oregon Trail, and the story of how agriculture and industry has shaped this region. Riding a bike immerses you into places in a way that driving simply can’t. Get a deeper understanding of what you’re riding through and it amplifies the experience.

Phil Carlson (who also runs a successful bird hunting business), has taken a huge gamble on bicycle tourism and I’m confident it’s going to pay off for him, for his customers, and for Oregon. Thanks Phil! Can’t wait to get back out there soon. 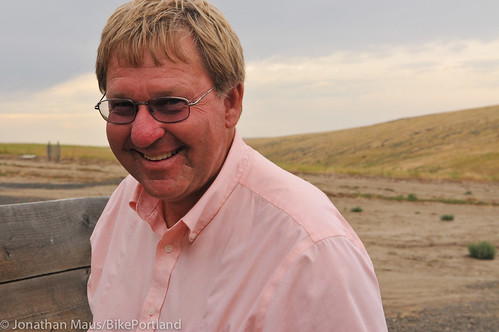 Such nice photos…a nice mental break for the mind.

Great Series Jonathon. Thanks for hooking Mike on the pleasures of riding on Gravel..

Did you eat any of Phils pot pies? They’re amazing!

Gorgeous photos. I think you sell gravel better than Bike Snob smears it!

The gravel route from TREO to the Lonerock ghost town and back is really great. I slashed a tire on a return descent, overall that route snakes through some really pretty canyons and over a high ridge. http://ridewithgps.com/trips/3019306