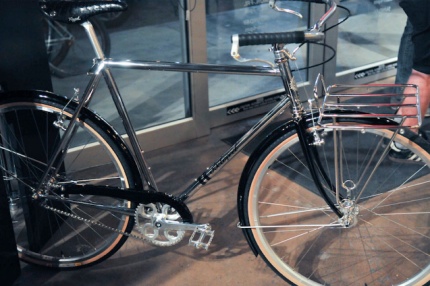 Beloved made two of these stainless steel “MJ’s Mortons” as a special edition for Mellow Johnny’s bike shop in Austin.
(Photos © J. Maus)

There’s a lot of talk about stainless steel at NAHBS. A company that specializes in the material, KVA, announced a new selection of stainless steel tubing and it’s hard to miss its presence at the show. 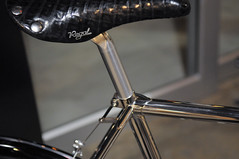 One of the most gorgeous examples of a stainless steel frame I’ve seen comes from Portland-based company, Beloved Cycles. Beloved recently made news for their production partnership with Chris King and their inclusion in Rapha’s new ‘Bicycle Collection.’

Beloved unveiled a special edition (as in there’s only two of them in existence) of their ‘Morton’ model at a party held last night inside Mellow Johnny’s bike shop in downtown Austin. From afar, the “MJ’s Morton” is a classic porteur; but up close there are some very fun details.

There’s the custom, croc-belly skinned Regal saddle made by San Marco and Luchesse Boot Company, Honjo fenders, Paul’s “Royal Flush” cranks (which are everywhere here at NAHBS). The bikes are made from the stainless steel, Columbus XCR tubeset and feature the debut of the stainless steel Chris King headset. Take a look… 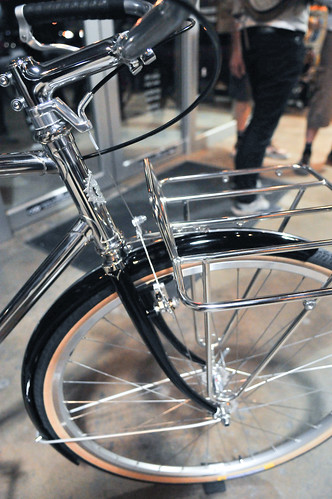 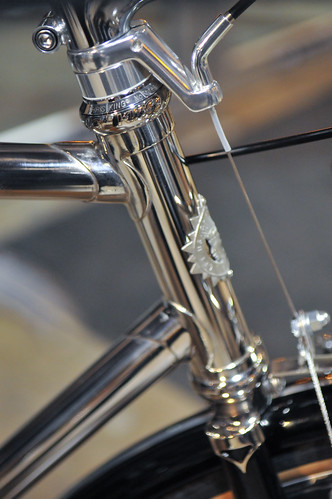 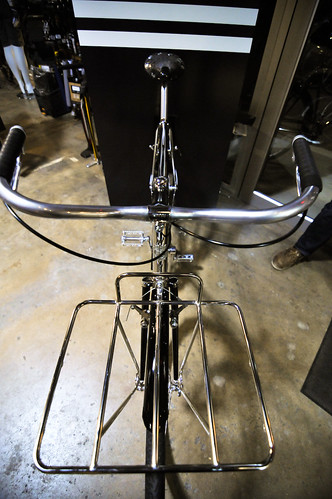 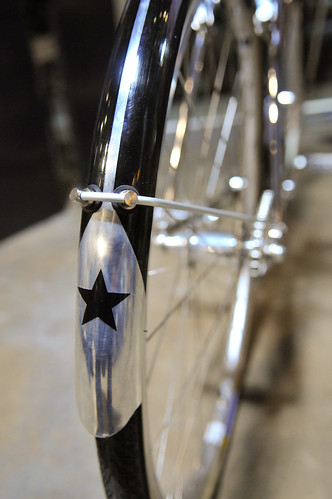 With its production nailed down, and the creativity and passion of James Selman behind it, I think we’ll be hearing a lot more about Beloved in the future.

— This is part of our ongoing coverage of the North American Handmade Bicycle Show in Austin. See our previous coverage here.