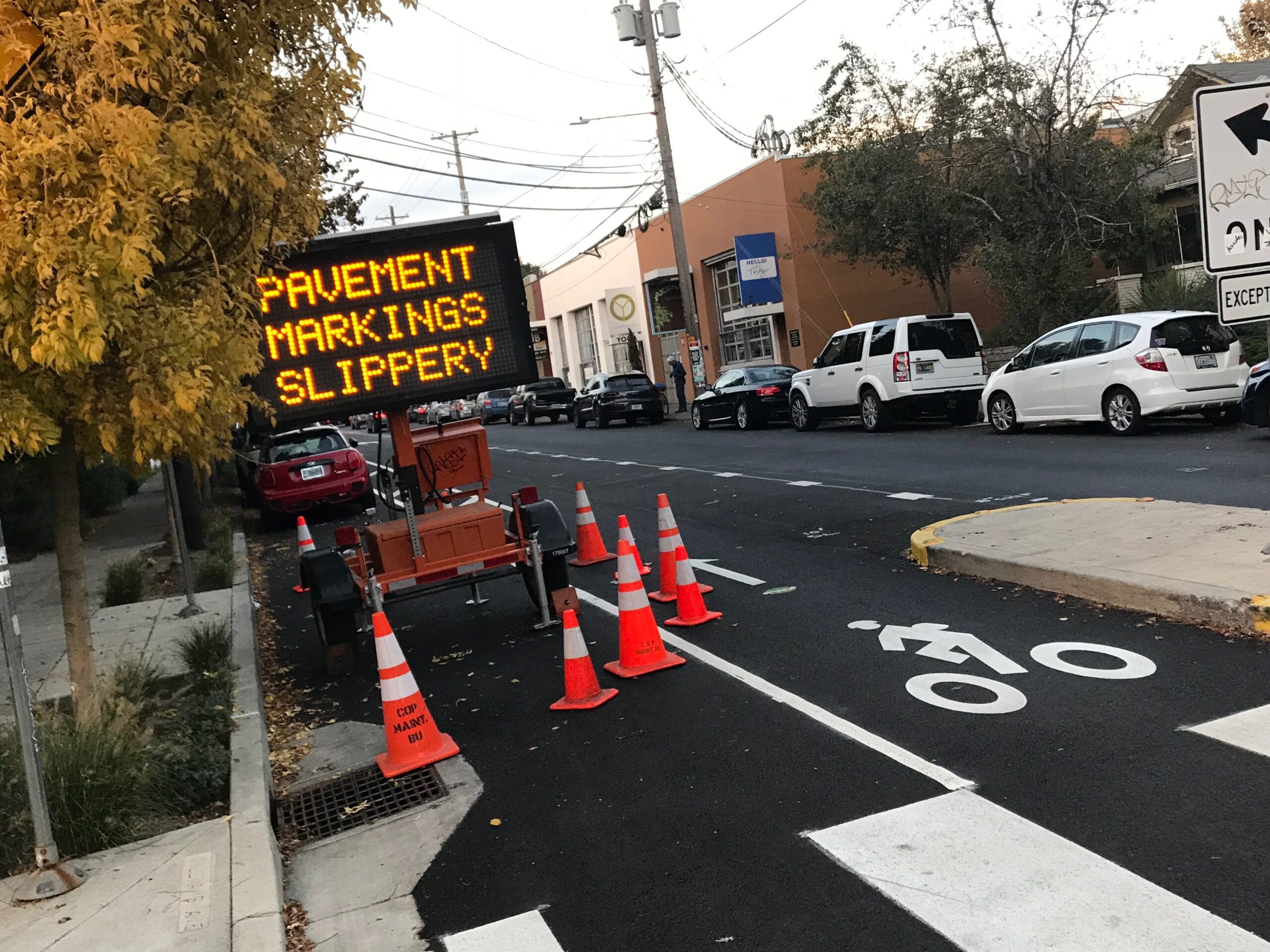 In the past two days dozens of people have wiped out while bicycling on Williams due to slippery new lane striping that was recently installed after a repaving project.

We started getting reports via email and on social media on Tuesday. The more we asked for your feedback about the problem, the more crashes we heard about.

Courtney: Yep! My back wheel slipped yesterday during evening commute. I barely stayed upright and a rider a couple bikes ahead of me slid out. I didn’t see anything else in the road that could’ve caused a skid besides the paint.

Billy: Yep. Last night. Bad crash… I’ve been a bike commuter for 15 years and last night’s incident was the strangest thing. It was like my front wheel was suddenly on ice. I walked the rest of the way home and told my fiancé that it was like I had forgotten how to ride a bike.

Christopher: I saw a cyclist wipe out right there last night during rush hour. Another took a skid trying to dodge the downed cyclist.