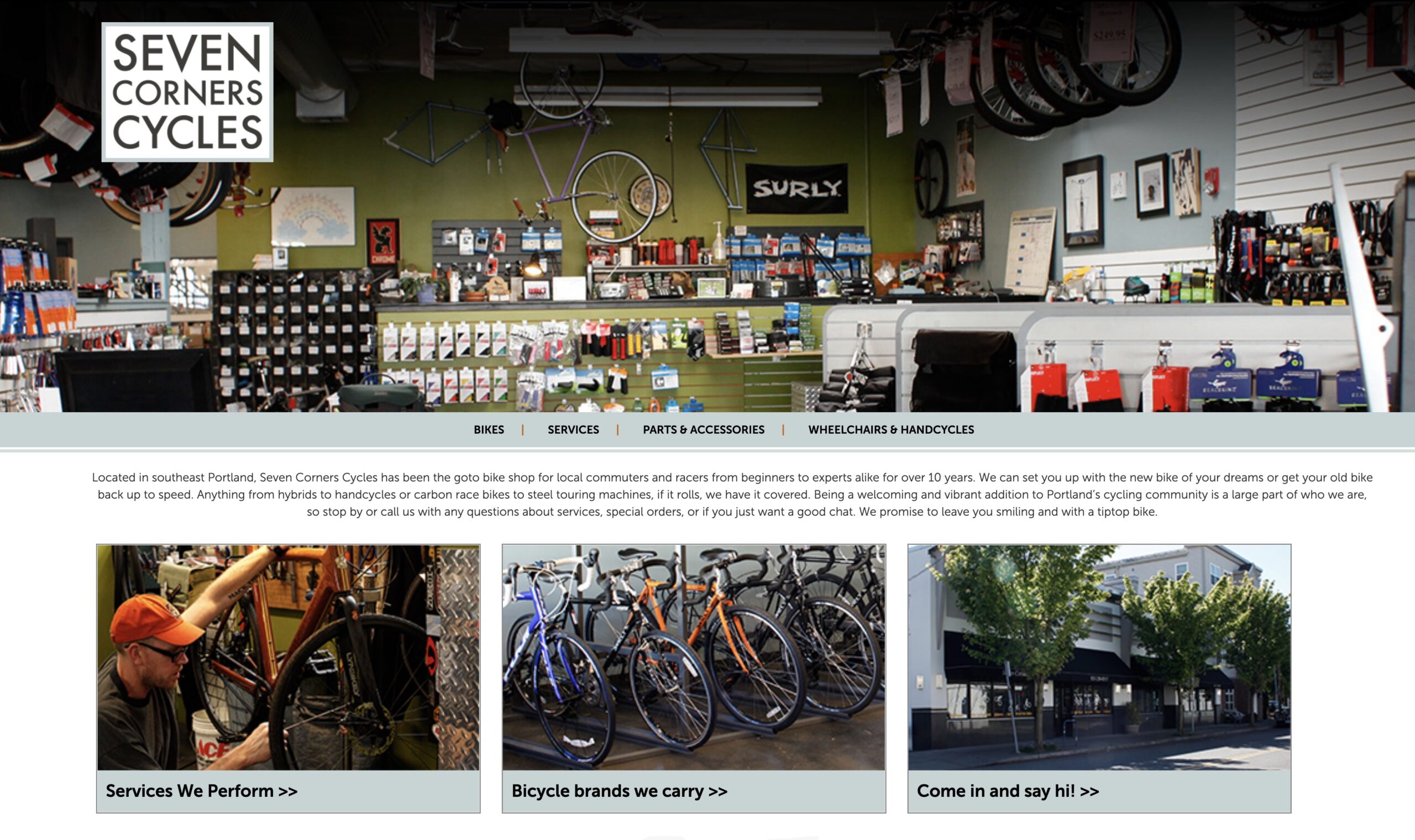 Southeast Portlanders are mourning the loss of Seven Corners Cycles after owner Corey Cartwright announced he will close the shop by the middle of August. The shop, on SE 21st just north of Powell Blvd, has been in business 22 years. (The name of the shop comes from its first location in the Seven Corners neighborhood around SE 21st and Division.)

Cartwright says he’s curious what else life might have to offer him and that, “I think I’ve begun to feel the effects of 22 years in my brain and in my back!”

In a Facebook post this week Cartwright said he’s sad to be moving on but also excited about what the future holds. He plans to have a progressive liquidation sale to get rid of existing inventory through next month.

Seven Corners was one of those dependable neighborhood shops that people came to love and rely on. Much of that had to do with Cartwright’s fun-loving and familial vibe and the shop dog “Hammy”.

If no one takes over Seven Corners, it will leave a gap in our community in more ways than one. It’s currently the only bike shop in a nearly 1.5-mile stretch between SE 12th and 36th. If you live in the Ladd’s Addition, Richmond, Brooklyn, Woodstock, or Creston-Kenilworth neighborhoods, check out TomCat Bikes (3117 SE Milwaukie), Beezle Bikes (2505 SE 11th), Retrogression (2315 SE 11th), Missing Link (4635 SE Woodstock Blvd), or Cynergy E-Bikes (3608 SE Powell) as alternatives.

And if you’re mad or sad about this news, you can blame it partly on Taylor Swift.

“I’m not sure how it happened, but a handful of years ago I discovered that I was an actual fan of Taylor Swift,” Cartwright wrote on Facebook. “In her monster hit ‘22’, Swift states ‘I don’t know about you, but I’m feeling 22.’ Maybe it’s the fact that our store is approaching twenty two years of business?”

Check out 7-corners.com for info on the liquidation sale.