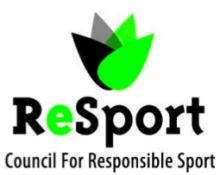 When Princeton grad and professional triathlete Jeff Henderson began planning the City of Portland Triathlon back in 2007 he didn’t just want to create Portland’s first urban triathlon, he wanted to make the event as earth-friendly as possible.

Going far beyond the usual “green” measures, the Portland Tri went the extra mile to be sustainable — from the choice of a pizza vendor to the materials used for the bike racks. For example: it was the first triathlon in the country to staff its medical tent with naturopathic doctors; the entire event was “off the grid” and was powered by solar panels; the bike racks were made by a local artist from surplus steel and bamboo; and the award medals were made from used inner tubes and cogs that were cleaned and donated by the Community Cycling Center.