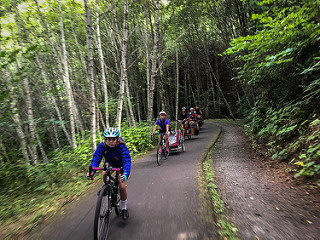 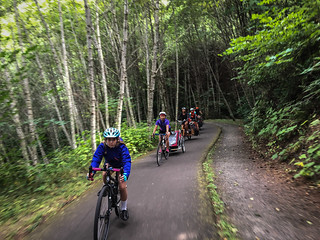 New coalition will speak for trails and paths like the Banks-Vernonia.
(Photo: J. Maus/BikePortland)

From a world-class mountain biking route to a new coastal path through the forest, there’s a lot going on with trails throughout Oregon.

But so far we don’t have a statewide advocacy group or coalition that ties all the loose threads together and speaks as one voice when it comes to raising awareness for projects or lobbying for funding and trail-friendly policies in Salem.

Not yet that is.

Travel Oregon has been aware of this shortcoming and commissioned a study last year that surveyed the current trails advocacy landscape. What started as a vision for a new group is now coming into focus with what’s being referred to as the Oregon Statewide Trails Coalition. The group hasn’t been officially launched, but it was named in a save-the-date notice released by organizers of a trails summit scheduled to happen on October 27th in Bend (one day before the Cross Crusade invades town).