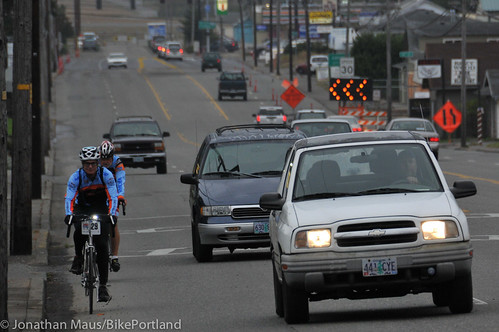 The Oregon Department of Transportation has put a fair amount of effort into promoting a bike route near the state’s beautiful coast.

A map of the route along U.S. Highway 101 is one of just three major biking or walking maps the agency publishes. The route has its own special sign. The state has even created a simple graphic showing how average traffic volumes on 101 very widely by month, to help travelers understand what they’re getting into.

The state’s main bike tourism agency, however, doesn’t mention the route on its website and doesn’t expect anyone to ever nominate it for Oregon’s expanding roster of scenic bikeways.