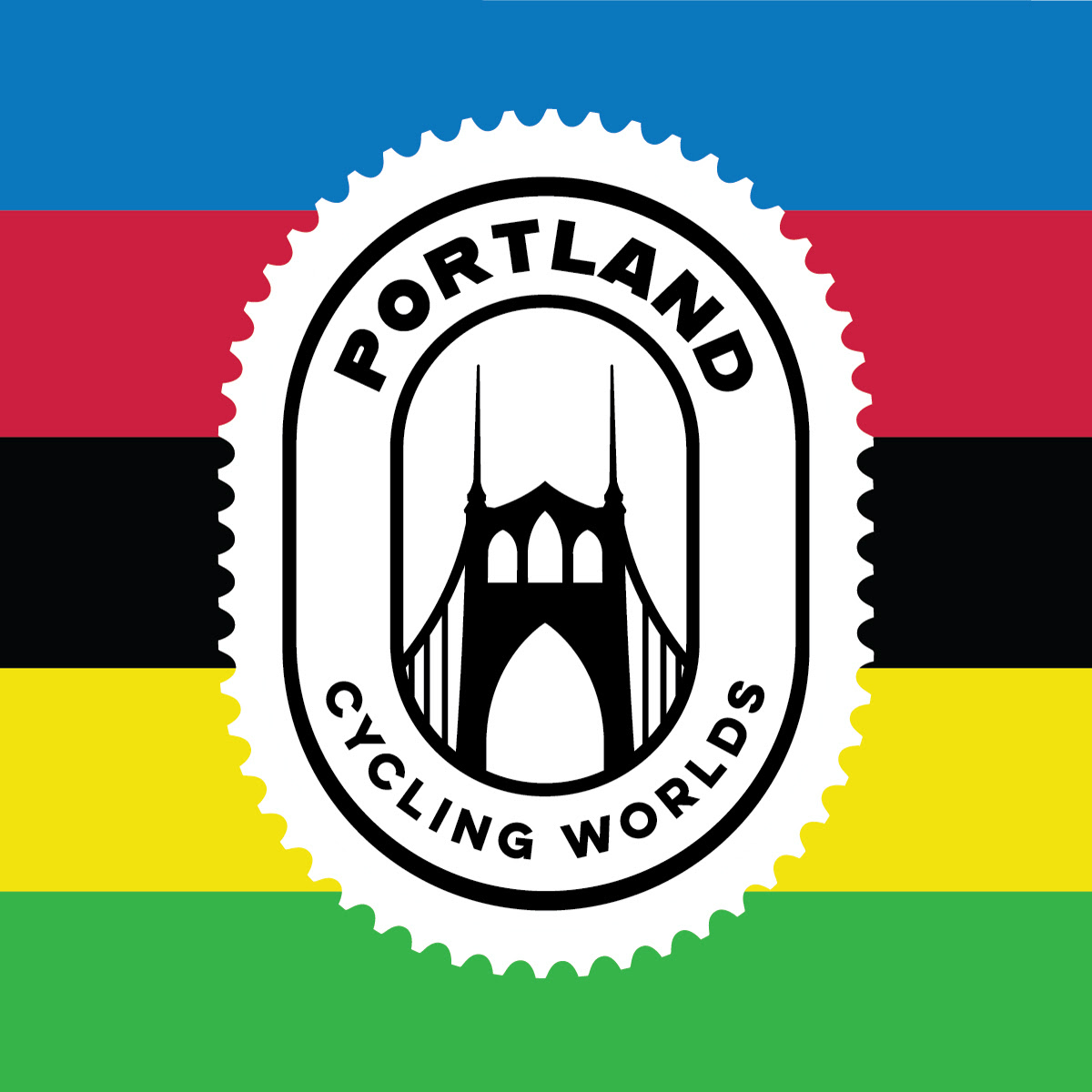 When I sat down with Kevin Hyland in May 2019 to learn about his efforts to bring the UCI Road World Championships to Portland, he was a self-described “one man army.” Now he’s managing a Local Organizing Committee of over 40 people and their effort to win the 2026 bid is going full steam ahead.

You may have noticed your social media channels filled with the shiny new Portland Cycling Worlds logo and graphics this morning. That’s because venerable local company Chris King Precision Components has teamed up with Hyland to help with graphics and marketing efforts. King employees have also polished up the new website and set up social media accounts.

This marketing push has one goal: Build support that leads to an official letter of intent signed by the City of Portland by early June of this year. An online petition has been launched and Hyland hopes having thousands of signatures to add to his list of over 100 existing businesses and notable supporters will make a positive impression on Portland Mayor Ted Wheeler and the rest of City Council. 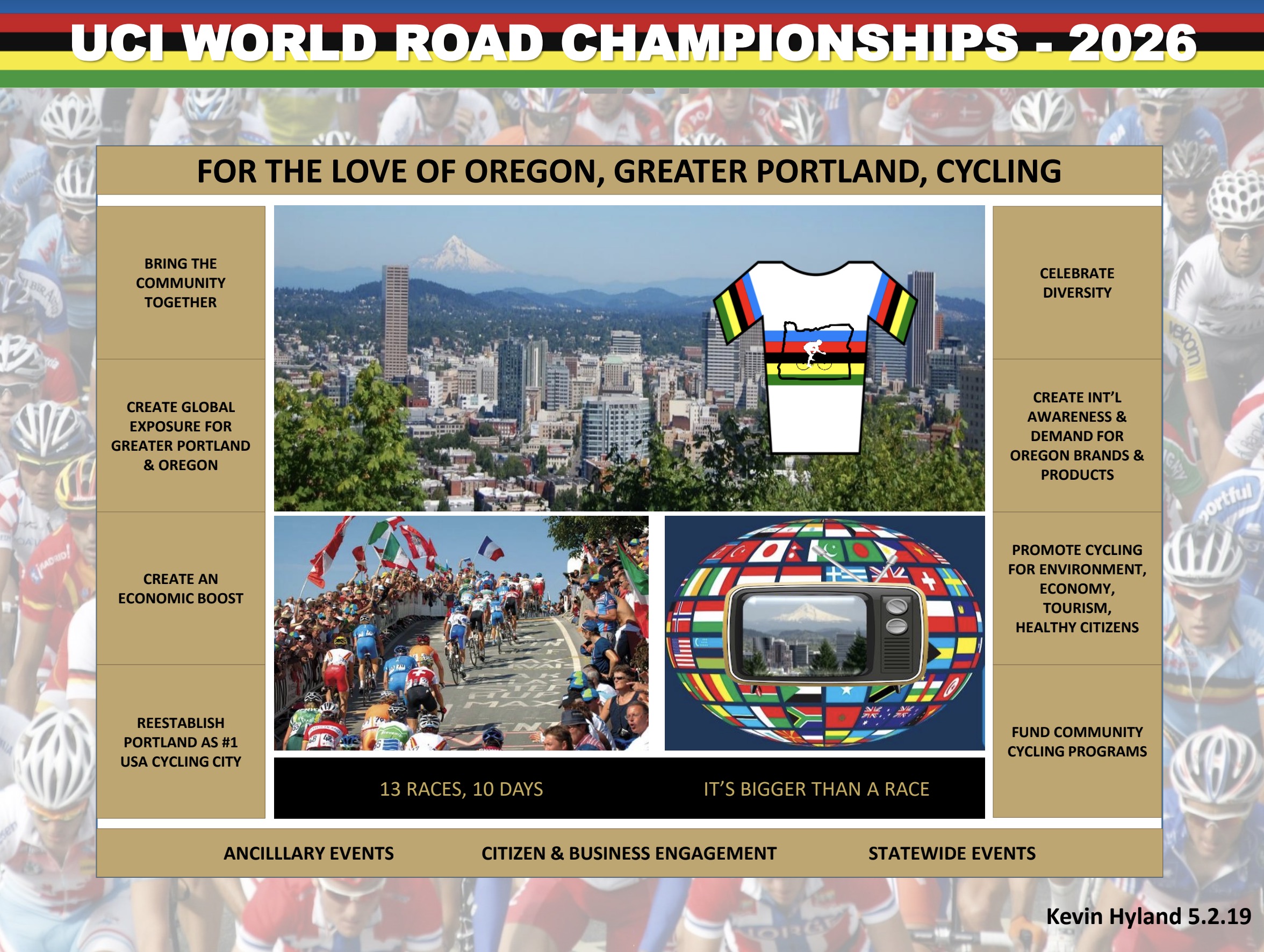 For the past 12 months Portland resident Kevin Hyland has worked 40 hours a week on a big dream: He wants to bring the UCI Road World Championships to Portland in 2026.