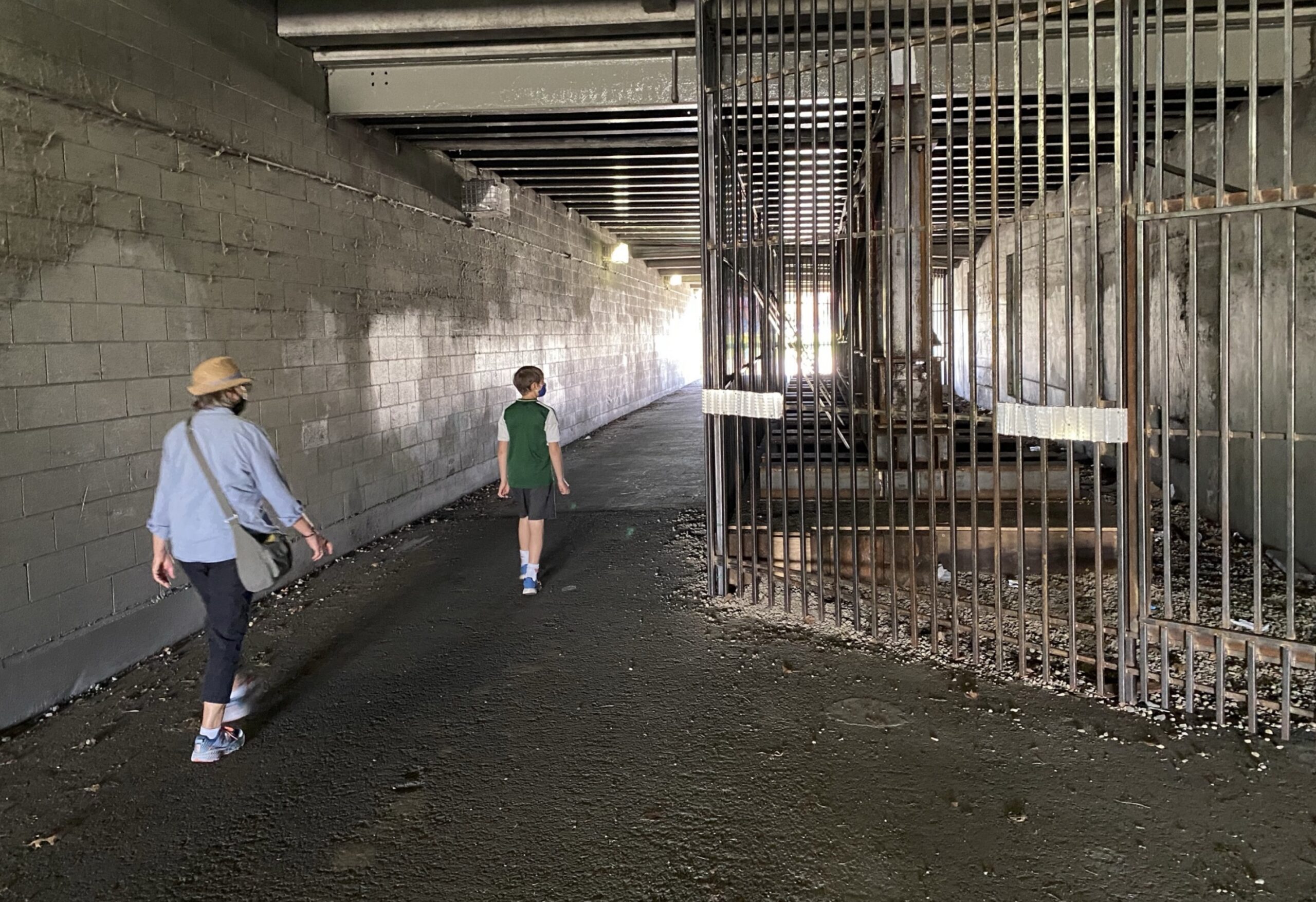 The path that gets bicycle riders and walkers across the Columbia River adjacent to I-5 between Portland and Vancouver is notoriously terrible. Riders are routed onto dangerous crosswalks, sidewalks, and are forced to use “beg buttons” just to get onto the narrow path that goes across the river.

With my parents in town for a visit this week, I recently met them at their hotel on Hayden Island for a walk across the river to Vancouver (their new riverfront developments are wonderful!).

On our way back, as we walked down the path on the southbound side of the bridge, I was very surprised to see a huge obstruction in the middle of the tunnel that goes under the freeway.

This tunnel is not well-lit and is poorly maintained in general. It was never a favorite part of the crossing to me. Now there’s a huge steel cage structure that protrudes well over half the width of the path. I didn’t notice any temporary or permanent warning signage of any kind. The only safety measures that have been taken by ODOT thus far are two small white reflective strips placed about eye level on the structure itself.

I also don’t recall ever being notified by ODOT about this project and how it would impact path users.

He said ODOT had to install steel beams to support the tunnel structure so the agency would not be forced to place a weight restriction on trucks using I-5. “We placed the cage around them so the homeless community would not be able to access the area and cause a safety issue with the system.”

The beams and cage were installed sometime between December and April. Hamilton said they have no plans to remove it and it’s likely it will remain in place until a new bridge is constructed.

While my family and I were walking near the cage a few days ago, two bicycle riders rolled by and we had to step back against the railings to get out of their way.

If you ride this tunnel, please slow down and be aware of this obstruction — especially in the southbound direction as downhill speeds might make it harder to turn away from the steel bars at the last second.

One reader already told us they almost hit it. “I had a close call with it for the first time just this week. Let’s just say If you’re coming off the southbound ramp with some speed and there’s other people milling around and an on-coming rider it would come as a bit of a surprise.”