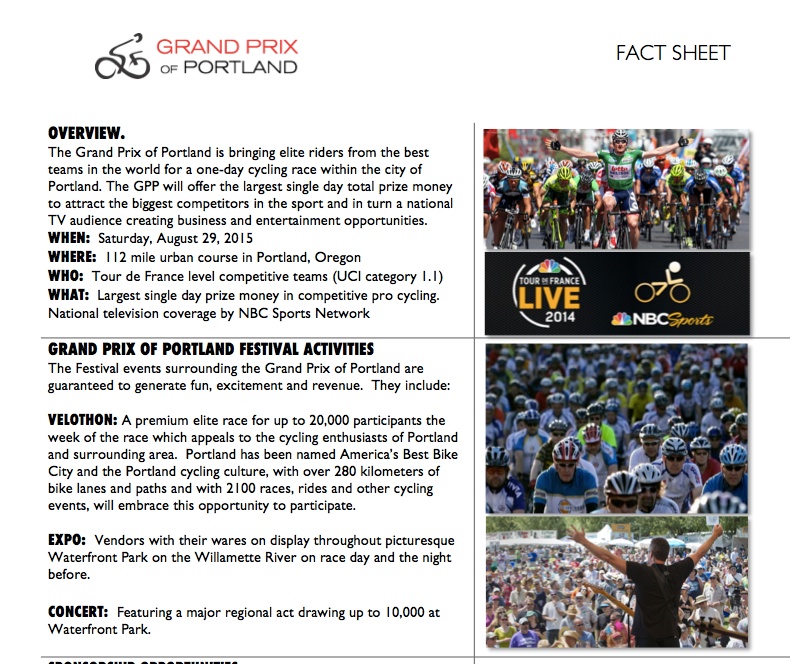 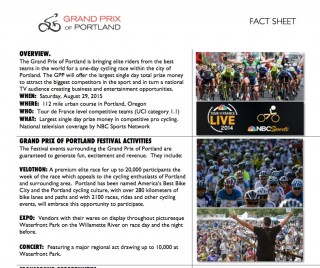 The most high-profile cycling race to ever hit Portland won’t happen unless organizers can find a few deep pockets willing to sponsor it.

Nonbox Sports, the Portland-based company that owns the Grand Prix of Portland, announced yesterday that the event has been added to the official Union Cycliste Internationale (UCI) calendar for August 29th, 2015. In a fact sheet, Nonbox said their race (which has been given a category ranking of 1.1) will bring in “elite riders from the best teams in the world.” They’ve also lined up two hours of prime-time television coverage on NBC Sports.

But their plans will only become reality if they can find sponsors to offset an overall event budget of about $2 million.