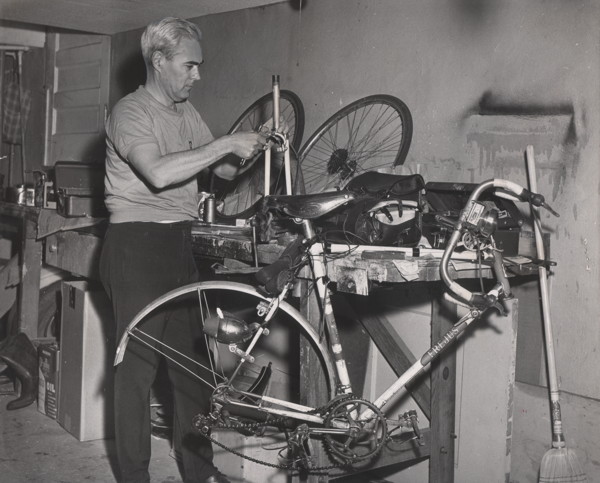 As a driver passed a bicycle commuter a passenger shouted out the car’s window, “Get a car, sonny!” That’s not something you’re likely to hear in Portland nowadays, but this was Detroit, the year was 1964, and the cyclist was 48-year-old Eugene Sloane on his daily 12-mile ride from the suburbs to his job as editor of the publication Air Engineering in downtown Detroit.

A few years later Sloane became a best-selling author with The Complete Book of Bicycling a book published at the beginning of the 1970s 10-speed bike boom that drove the movement to even greater heights. It has now been 50 years since the publication of Sloane’s book, and for a year back in 1970 it was the only new bike book on the market.