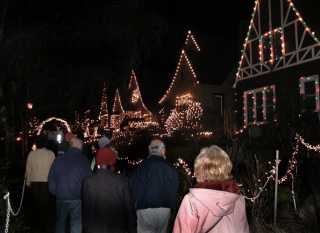 The catch: It looks as if the car-free nights this December on Peacock Lane, which is one block east of SE Chavez Boulevard between Stark and Belmont, won’t be announced in advance.

That’s the word this month from the Peacock Lane Neighborhood Association: