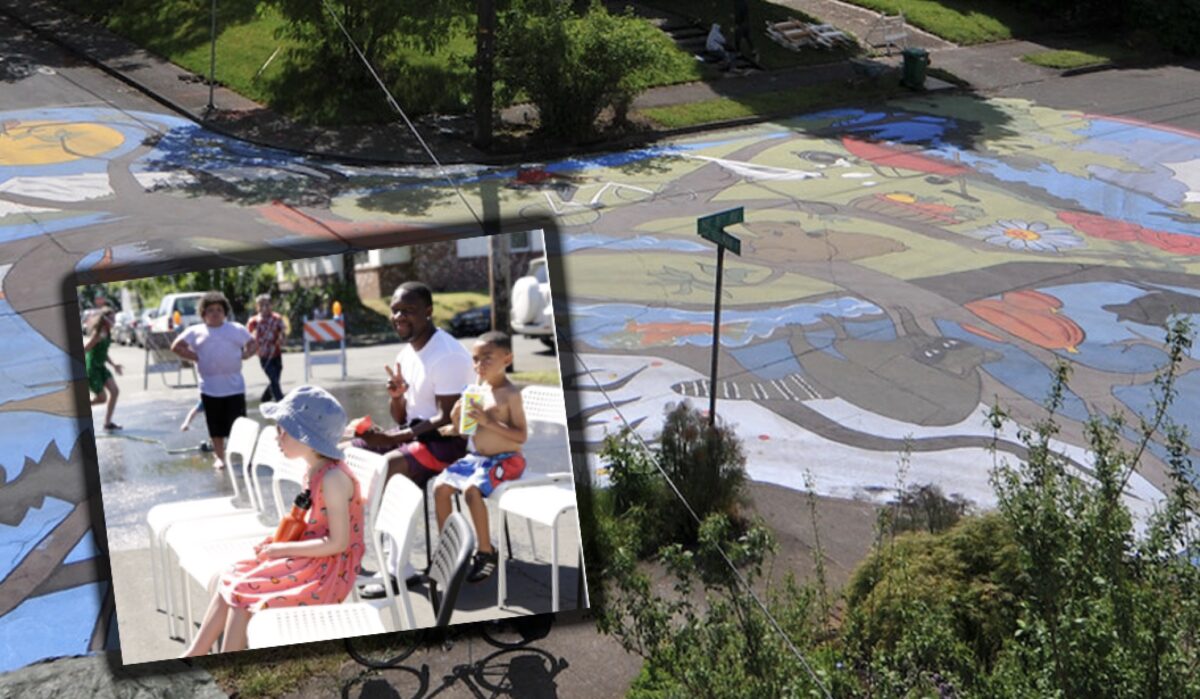 Who’s afraid of hanging out on the street with neighbors? Not the City of Portland. Not any longer, that is.

Much to the chagrin of people who wanted more space in their neighborhoods for safe, socially-distanced activity during the height of the pandemic, the transportation bureau paused their block party and other livable streets programs last spring. The move was done to discourage close contact and to preserve PBOT staff capacity to create a business-focused outdoor dining permit program.

Now with vaccinations up and infections down, PBOT says it’s time to party!

Healthy Blocks is a new name for PBOT’s beloved block party permit program that allows people to erect barricades to prohibit (non-essential) driving on residential streets. From 2011 to 2017 PBOT issued about 500 block party permits per year. That number swelled to 766 in 2018 after the city simplified the application process and reduced the cost of permits.

To be approved for a new Healthy Block permit, your street must be classified as a “local service traffic street” (shown in light grey on this map) and not be on a block that’s part of a transit route. The permit allows organizers to cordon off the street and create a space open to the public (no private parties allowed) for up to 8 hours per week. One significant change from previous block party permits is that you no longer have to rent barricades to control traffic access. PBOT now allows use household items like trash bins, furniture, and so on (as long as they meet specific height and weight requirements). 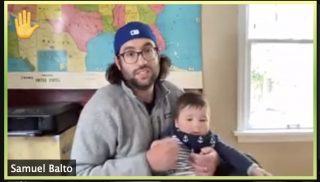 Street paintings have been common in Portland for decades. While they are permitted by the transportation bureau, they are much more about building community than impacting traffic. Any Portland resident can get a permit to do one. You can even design it yourself. PBOT will offer some guidance, but once they approve your design, you must purchase the paint and do the work yourself, as well handle ongoing maintenance. Learn more about the street painting program here.

Local physical education teacher and former Oregon Walks Weston Award Winner Sam Balto has harangued PBOT for months on social media for pausing these programs. He showed up at the bureau’s budget advisory committee meeting with his little son on his knee to say thanks.

“This is wonderful news,” Balto said, with PBOT Director Chris Warner listening in. “This is a really special year for my son Gil because he’s not yet one year old. When he turns one, car crashes will become the number one most likely way that he could die early, so I cannot stress enough urgency around designing streets for children… So this is great that you’ve done the Healthy Blocks initiative. It’s 13 months late, but it’s a great starting point to really start focusing on children again. Thank you.”

Applications for both programs are now open and permits will be issued starting June 1.

Coming across these on a bike ride or a walk can be magical. I’ve even helped paint two of them. But I have also realized they many people get distracted by them as they enter the intersection and it would be nice to just have them all become four-way stops by default!

Woohoo — just submitted our application for the ‘illegal’ block party we were planning next month!

Wow, what an intimidating piece of art, geez, that’s a pretty high bar. Can we just paint a couple flowers?

Great. Can the I-205 MUP blockage be removed?