This post is by Portlander Ryan Hashagen. Ryan is a transportation advocate (volunteers with Better Block PDX, Central Eastside Industrial Council, Old Town/Chinatown Business Association) and owner of Icicle Tricycles, a local business that builds, and sells cargo bikes used by businesses worldwide. A keen observer and lover of street life, Ryan’s latest trip to Cuba gave him an opportunity to learn more about that country’s vibrant cargo bike culture.

The streets of Cuba are bustling with people in every town, big and small. Pedicabs or “Bicitaxis” are ubiquitous. From Historic Havana to tiny rural towns, Bicitaxis are a key part of the transportation network. Operating a Bicitaxi is one of the categories of private market self-employment that the Cuban Government currently allows.

Almost every pedicab and tricycle in Cuba is unique. There is no national state run tricycle factory, so each trike has been welded up locally, with different styles dominating different regions. Raked out recumbents in the rural towns and upright cruiser style trikes in Havana and Trinidad. Tractor or motorcycle wheels and tires on the trikes. These trikes are heavy and strong. 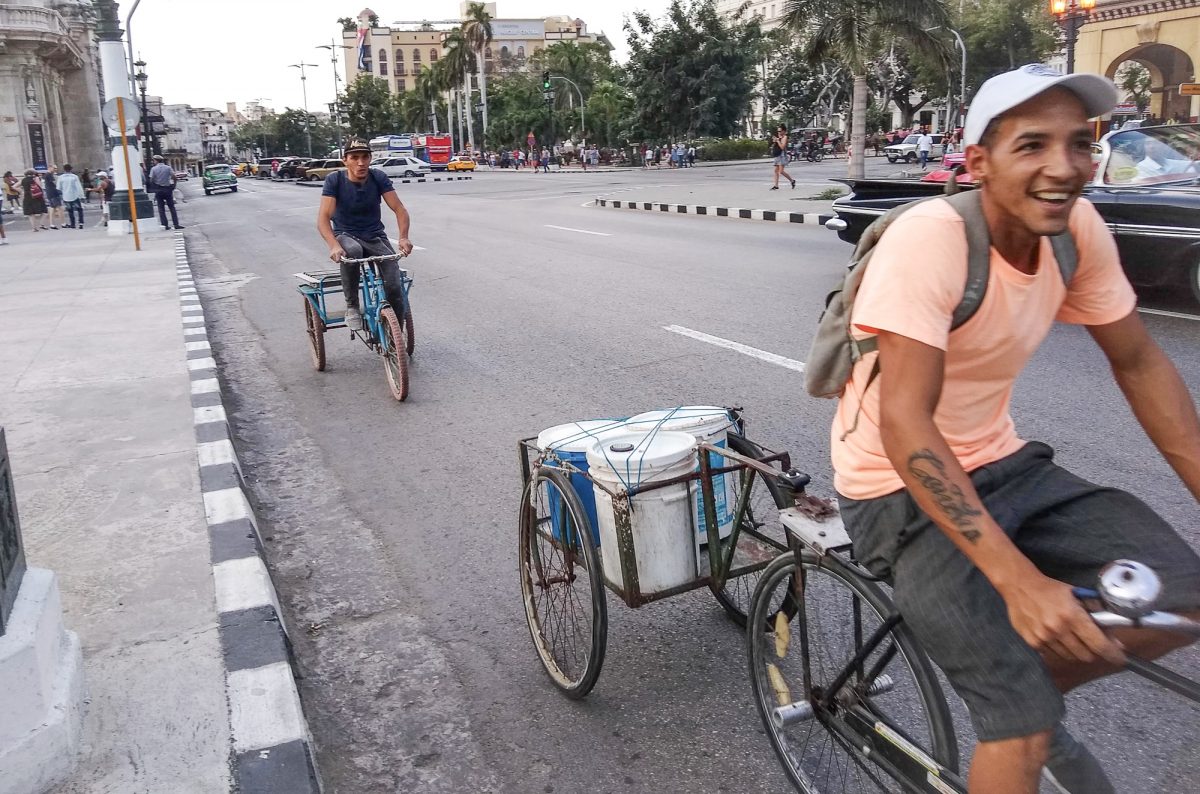 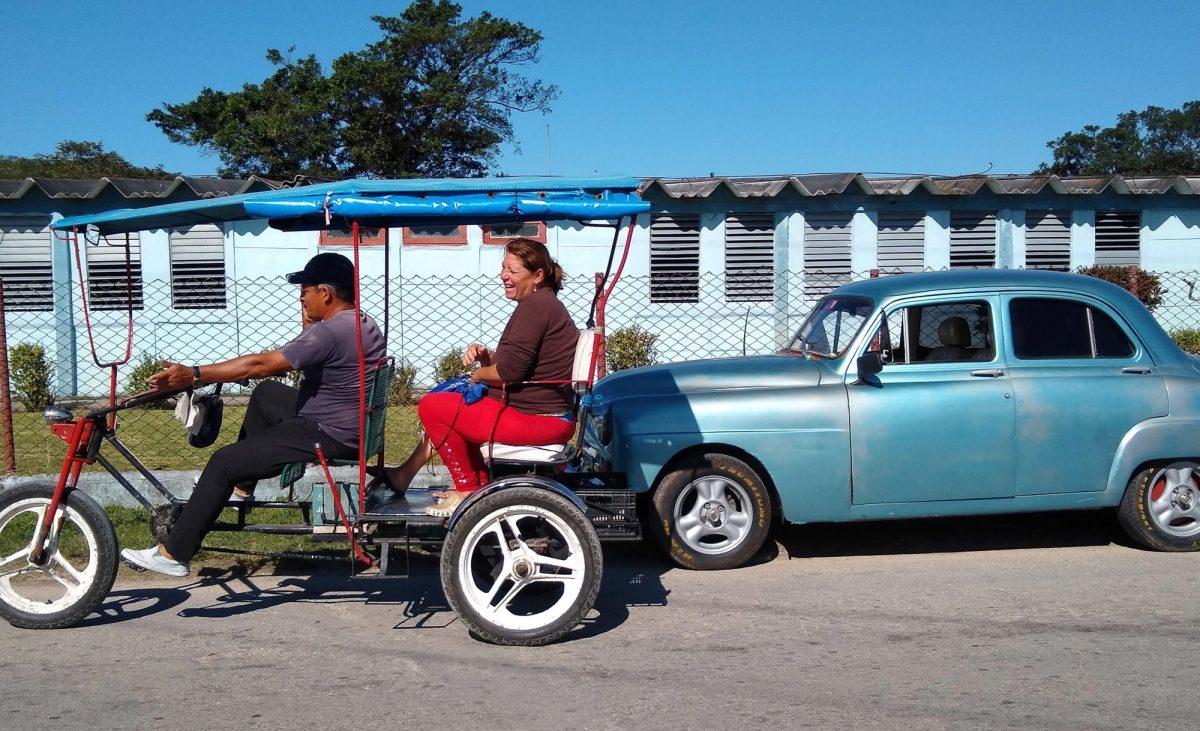 According to Bicitaxi drivers I spoke with, people started making pedicabs in the late 1990s as the Soviet Union collapsed and Cuba suffered economically. The first Bicictaxis were designed to meet local needs and served as local taxis for runs to the market, taking kids to and from school, and for helping with small deliveries. These are still the main role for the Bicitaxis today — plus tourism in destination locales. The economic reforms of the last 15 years or so have seen Bicitaxis become integrated into the economy as an approved sector of entrepreneurship, albeit with several different permitting and insurance requirements to maintain a Bicitaxi license with the government.

Cargo trikes were also prevalent in Cuba, often being pedaled for deliveries on construction sites, to deliver produce to the local markets, or being parked streetside for vending.

I made fast friends with the Cuban Bicitaxistas. They were just as curious about pedicabs in the U.S., Canada, and elsewhere as I was about their machines. I’m very grateful for their hospitality and friendliness!

Lets give thanks to the Cubans. They had there own abrubt “end to happy motoring” when the soviet union collapsed and their sugar for oil trade program disappeared. They have adapted remarkably well given the circumstances and many of their transportation and small scale agriculture solutions will be a good guide for us here in the U.S. when we face our own “end of happy motoring”.

Exactly. The movie “The Power Of Community” is an excellent treatment of Cuba’s reaction to its Special Period in the early nineties, including some choice voxpop explaining how bikes were not for Cubans, not how they got around… until they did.

Great story. So much warmth from the people of Cuba. So sad they have been the victims of such ruthless dictators.

Doubt that this would work in a city that experiences cold rain for most of the year, and panics when an inch of snow is predicted.

There’s one way to find out.

Chris I
Reply to  Mike Quigley

Only if our jacket factories also shutter.

Thanks for sharing Ryan – heartwarming and inspiring. It’s great to see what vehicles of this scale can accomplish.