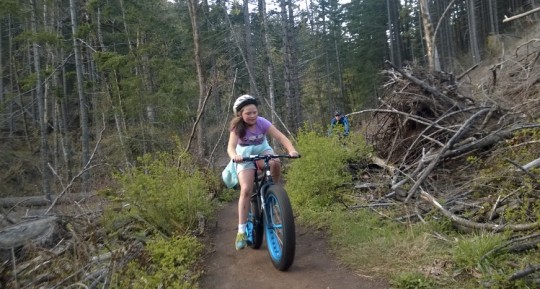 — This article was written by Jennifer Sotolongo, a tourism development specialist for Clackamas County who’s about to embark on a bike trip around the world with her husband Dave and dog named Sora. Follow them at @longhaultrekker.

When Thom Batty resumed his regular life after riding the Tour Divide in 2013, he realized that he no longer wanted to spend his days behind a desk. He wanted to get people on bikes. 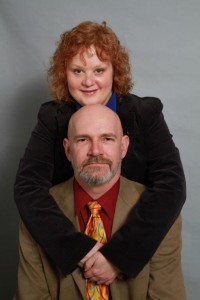 Together, with his wife Shelley, the couple spent the next six months scheming Thom’s exit plan from his office job. After a friend from Mt. Hood Territory (the tourism board for Clackamas County) mentioned that their local hotel partners had expressed interest in leasing bikes but didn’t want to hassle with the maintenance, The Bike Concierge was born in July 2014.

Building off that idea, The Bike Concierge evolved into a door-to-door service that removes the barriers of cycling in Oregon. In short, Thom and Shelley will accommodate any biking need a rider, from near or far, may have.

Armed with a bike mechanic certification from United Bicycle Institute, Thom will help you ship your bike to his office, reassemble it, give it a tune up, and deliver it to your hotel where it will be ready and waiting to ride upon arrival in Portland. He’ll also ship it back to your local bike shop at the end of your journey.

Once on the road, The Bike Concierge can also arrange and design tours, provide SAG support, and pick up and drop off from hotel or the airport. Custom bike tours might include a fully-supported loop around Willamette Valley wineries or farms of Clackamas County, a point to point tour along the Oregon Coast, or a ride to Sandy Ridge for you and your friends, where you’ll meet the van loaded with food and drinks at the bottom. Further, The Bike Concierge offers emergency rides home to any stranded rider, regardless of whether their journey began with the company.

If road and mountain bike tours weren’t enough, The Bike Concierge recently purchased a fleet of fat bikes. With sizes for men, women, and kids, The Bike Concierge can take interested riders on an Oregon Beaches tour or up in the mountains to ride in the snow (or rocks if snow doesn’t show).

In addition to fat bikes, The Bike Concierge houses a variety of other two-wheeled fun machines, including hybrid, road, and city bike, for those who arrive in Oregon without a bike or who just want to test the waters with an easy day ride.

Based out of First City Cycles in Oregon City, most organized tours begin at the Oregon City Amtrak Station, which will soon operate as a hub for cyclists kicking off an Oregon bike tour. Locally, The Bike Concierge also hosts free a Basics of Bike Touring class in Oregon City, which culminate with a weekend bike tour through Clackamas County.

Experienced riders, Thom and Shelley have completed Cycle Oregon, Seattle to Portland, and numerous local century rides. Where Thom actively seeks adrenaline-boosting terrain and riding fast, Shelley prefers to take on the view from the back of the pack helping others discover the joy of powering forward with their own two feet.

Last year, I had the pleasure of working with Thom and Shelley during a Feast PDX event in Clackamas County. They transported my bike to the starting location and set others up on their set of hybrid bikes. We each received a laminated card with directions to our next stop and the van followed closely behind. After Thom warned us of a sharp turn at the bottom of a hill, Shelley revealed that they had gone through the route prior to our ride and swept the gravel off the corners.

Thom and Shelley possess an obvious passion for cycling and have made it their mission in life to get people riding. Whether an experienced rider, causal bike tourer, or a novice willing to give it a try, The Bike Concierge is there to ensure you have the best Oregon cycling experience possible.

This is a great idea, I especially like the stranded cyclist recovery. Best of luck to the Battys.

Kids on fat bikes seems like such a great idea.

Thanks for the kind words, and Jonathan, thanks for posting this.

Jen, have a wonderful trip, and know you will be missed!

Congrats to Thom and Shelly for getting this excellent and much needed venture off the ground. I’ve had the pleasure of working with them both and I’d highly recommend their services. They are knowledgeable and have a huge passion for cycling and Oregon. What better combo could there be?

Thanks for posting and for the well wishes on our journey, Jonathan. I’ll be sure to continue following along and bring back some great best practices from other places around the world.

Thom and Shelley, best of luck as your business grows. I’m keeping tabs on you, too!