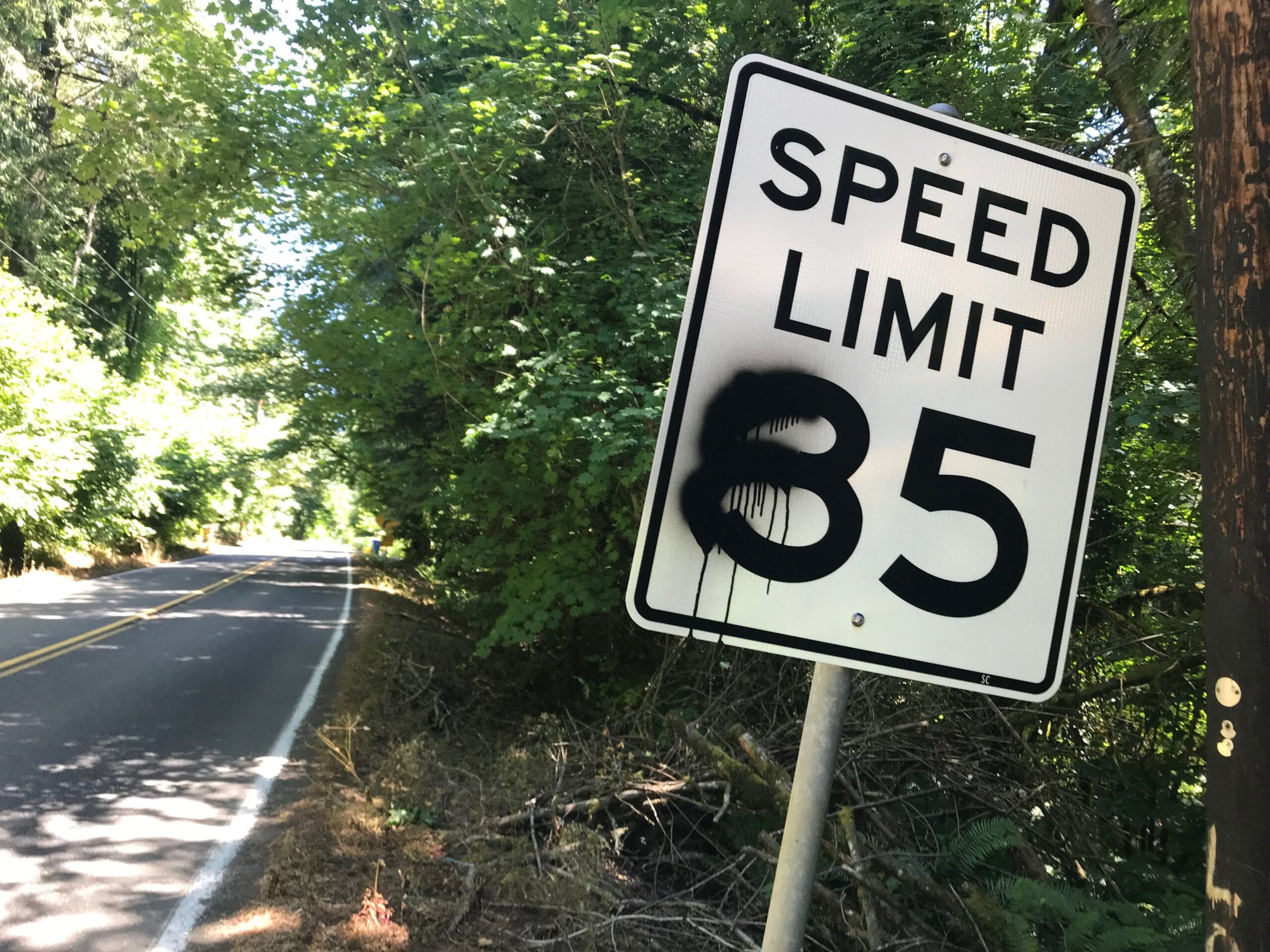 New sign broken off and discarded and a broken wand on Rosa Parks. A vandalized sign on NW Skyline.
(Photos: Jonathan Maus)

As Portland marches forward in an effort to reform streets from auto-centric speedways into more humane and safe spaces for a variety of users, not everyone is taking it well.

Back in March we reported on someone who had painted red X’s on the sidewalk outside homes of people who supported changes to make SE Lincoln safer for bicycle riders. A month later we shared how vandals defaced dozens of orange “20 is Plenty” signs on a north Portland street that’s frequently used as a cut-through.

And now we’ve seen more of this anti-safe streets vandalism.