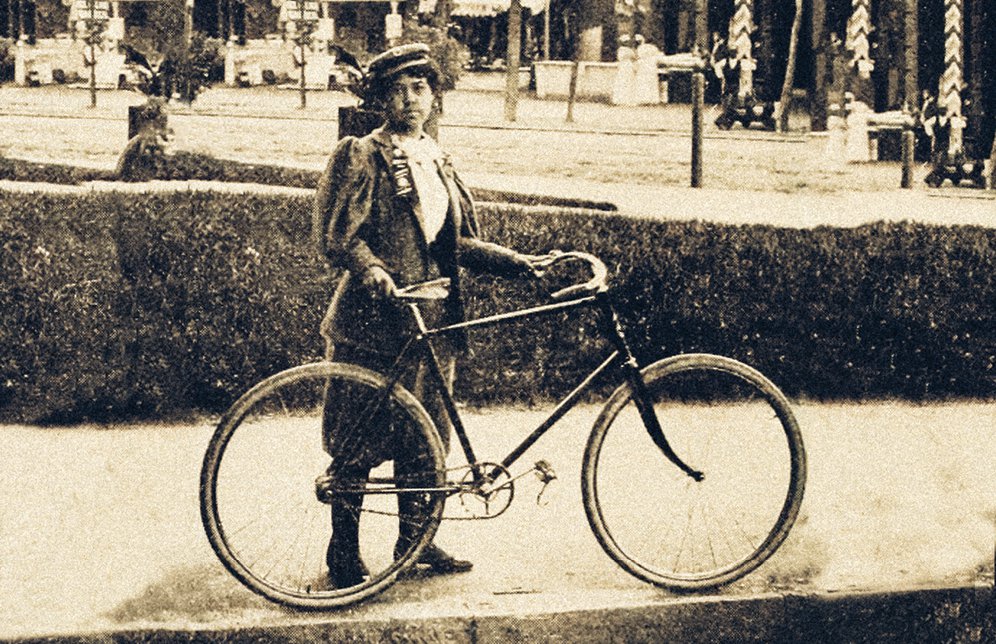 Knox is a cyclist from Boston who lived in the late 1800s and died early at age 26. There are few facts and one might think she is a token to be bandied about. But this is not true. And thanks to Lorenz Finison who published The Boston’s Cycling Craze, 1880-1890, we receive greater insights into who she was. Her life and treatment by other cyclists forces us to ponder, have we changed?

The Racial Divide feels ever great everywhere. Having our America build United States-Mexico border walls heightens the Berlin Wall of Eastern Germany ethic of xenophobia. In our town, we have a huge melting pot of 40 plus languages in the Gresham-Rockwood area, the large disparity of those who are insured vs. no insurance, the homeless sprawl, the face of younger people without prospects to equal equity comforts of their parents; the largest economic class disparity since 1929…the list goes on for those who are subject of disparities in addition to more often mentioned racial disparity.