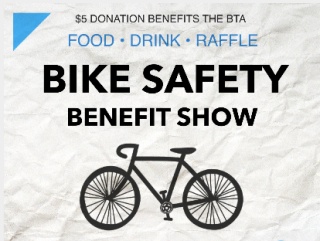 Henry Schmidt, the Lewis & Clark College student who suffered serious injuries in a traffic collision while walking in the bike lane of SW Barbur Blvd back in August, will take to the stage for a benefit concert this Saturday night at Velo Cult.

The collision left the 20-year-old Schmidt with lacerations to his spleen as well as a broken clavicle, cheekbone, and left leg. However, it appears those injuries are all but healed up now as Schmidt plans to play his trumpet along with friends in the band JPC at the event on Saturday night.

Schmidt’s collision happened on a notorious section of Barbur and it renewed calls for the Oregon Department of Transportation to update the design of the road. Miriam Clinton, the woman who was driving the car that collided with Schmidt, plead guilty to driving while intoxicated back in October.

Saturday night’s event will raise money for “bike safety initiatives” with all proceeds from the $5 suggested donation and raffle tickets being donated to the Bicycle Transportation Alliance (BTA). Here’s more from event organizers: