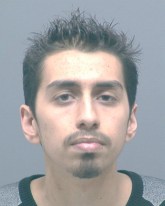 Given our recent discussion of police responses to vehicular assault, I thought this story from Clackamas (about 11 miles SE of downtown Portland) that just came over the wire was interesting.

According to the Oregon State Police, at just before 2:00 today a man named Blake Sharkey Steve, 20, was talking on his cell phone while driving his GMC Suburban when he pulled out of a gas station and struck 20-year old Bonnie Ingersoll as she rode her bicycle on SE 82nd just north of Highway 224. Steve then fled the scene.

Thankfully, several witnesses saw the collision and stuck around to tell Oregon State Police troopers what had happened. One astute bystander got Steve’s license plate and vehicle description and police were able to trace it to his residence and make the arrest.