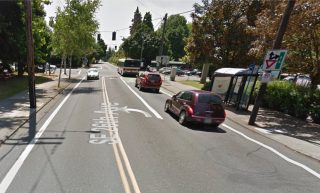 Is the City of Portland, newly anointed “Biketown”, really going to remove a bike lane because our state department of transportation said it would improve safety?

That story we reported yesterday has sparked outrage, confusion, and frustration — all completely reasonable reactions to the idea of removing a bike lane in order to make biking safer. While we work to clarify the details and get to the bottom of what’s really going on (weaving the different communications from city officials and state officials together into one coherent whole is proving more complicated than expected), I thought I’d share what two notable Portland bike advocates think about the idea.