Like best-guitarist-of-all-time rankings, best-bike-city rankings are mostly just for fun. But in a week when Portland reportedly got a serious demotion from the granddaddy of bike rankings, reader MaxD’s reaction probably spoke for a lot of us. 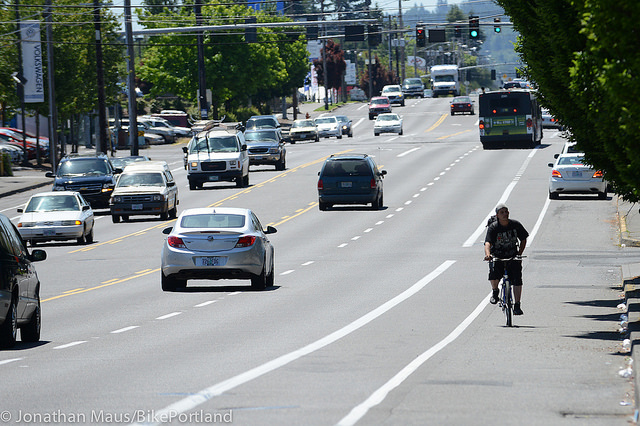 Dirk VanderHart of the Portland Mercury broke the news this afternoon after checking his mailbox: in Bicycling magazine’s periodic ranking of the country’s best bike cities, Portland has tumbled from first to fourth since 2012. 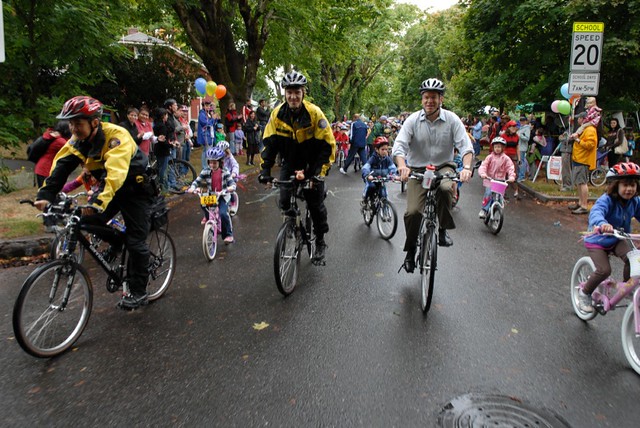 We don’t usually devote much space to the endless lists ranking Portland among the best this or that for biking, and with good reason — most of them aren’t worth much. One list that was published yesterday has some noteworthy tidbits, but wouldn’t have been worth mentioning here if it hadn’t hornswaggled us at first.

An article on cityclock.org titled “Top 10 cycling communities in America” (later changed to “Top 12 cycling areas”) claimed that Census commute data showed central Eugene to be the best neighborhood in the country for biking, and that Portland’s Hosford-Abernethy — Hawthorne to Powell, 29th to the Willamette, including Ladd’s Addition — ranked 10th.

Both of these are very good places to ride bikes, and biking to work is more popular in those neighborhoods than elsewhere in each city. But beyond that, the methodology the site used doesn’t really stand up. 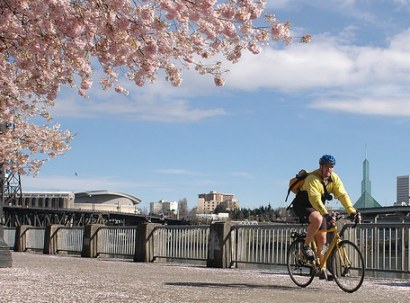 Air quality, access to parks, good public transit, and bike facilities were some of the reasons Portland got #1.
(Photo © J. Maus)