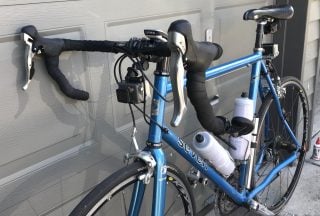 “When he slowed the video down, Hank was shocked to see that the vehicle’s passenger held a knife in his outstretched hand.”

This post by lawyers Chris Thomas and Ray Thomas is part of a paid promotional partnership with Thomas, Coon, Newton & Frost. 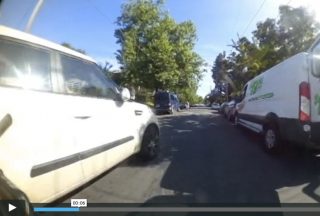 Still from video by Tony Tapay

Chalk up another win for video camera justice.

Tony Tapay caught a dangerous pass on camera last month and — even though there were no police or other witnesses around to see it — he doggedly pursued his case in hopes that the man who nearly hit him and his son would be brought to justice.

Five weeks after the incident occurred the Portland Police have now officially cited Andrew Reid for Careless Driving and Unsafe Passing of a Person Operating a Bicycle.