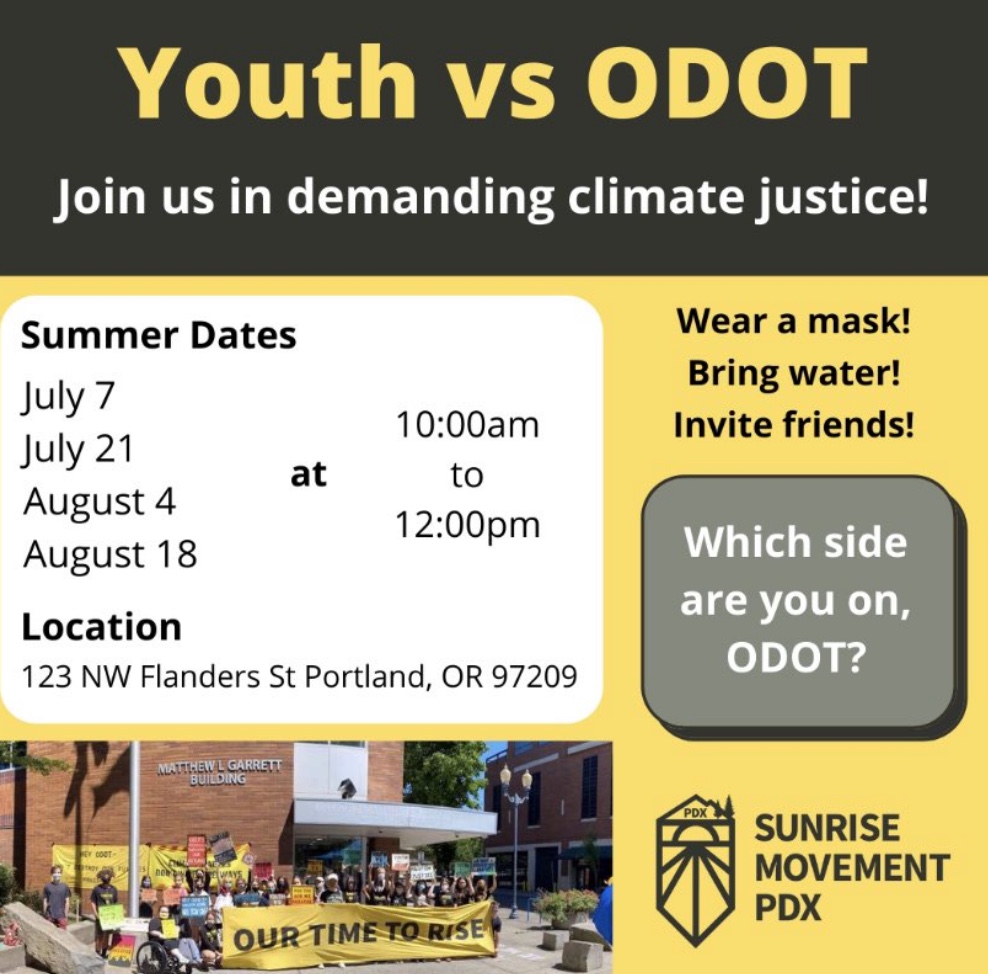 Youth activists have been staging rallies and protests at the ODOT building downtown for weeks. It’s time we lend them the support they deserve. Come support our Youth in their fight against ODOT’s status quo ways. Let’s help our future thrive by preventing freeway expansion and the continuation of car culture.

We will ride from Colonel Summers Park to the ODOT building (123 NW Flanders St) to show our support. Come one, come all. Tell your friends, families and neighbors. Let’s make our voices heard. Enough is enough.