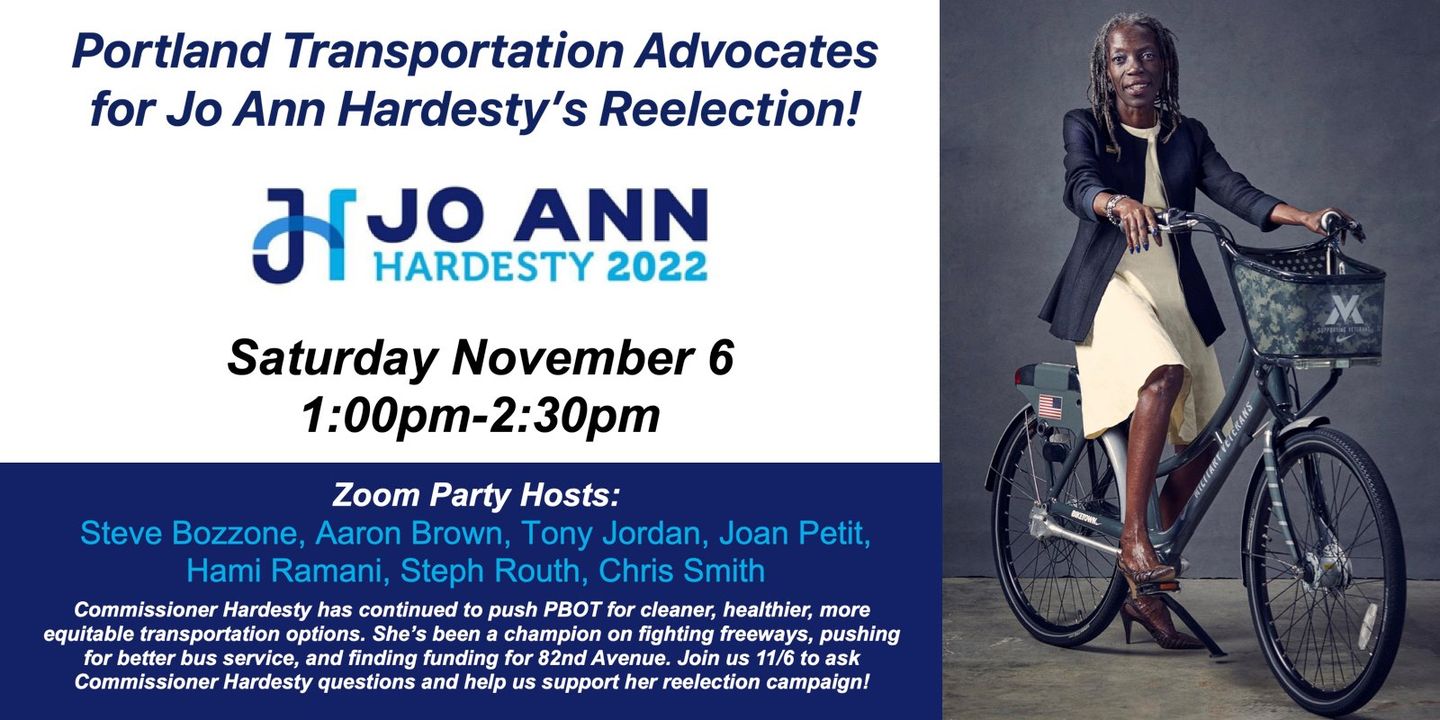 Commissioner Jo Ann Hardesty has been a true champion for healthier, greener, and more equitable streets. Throughout her tenure, she’s been a steadfast supporter of transportation equity, and with her recent stewardship of PBOT she’s helped win funding for fixing 82nd Avenue, supported the initiative for more carfree streets, and helped challenge ODOT’s Rose Quarter Freeway Expansion. Join transportation justice advocates from across the city of Portland in supporting Commissioner Hardesty! At this event you’ll have the chance to ask her questions about her tenure, what she has in store for her next four years, and you can learn how you can support the Commissioner’s reelection campaign.
Thanks to Portland’s Open and Accountable Election Program, every dollar up to $50 that you donate to Commissioner Hardesty’s campaign will be matched seven times by the city’s public finance program. Even the smallest of donations goes quite a long way! Help Commissioner Hardesty qualify for the public match by donating to her campaign.
This event is hosted by Steve Bozzone, Aaron Brown, Tony Jordan, Joan Petit, Hami Ramani, Steph Routh and Chris Smith.