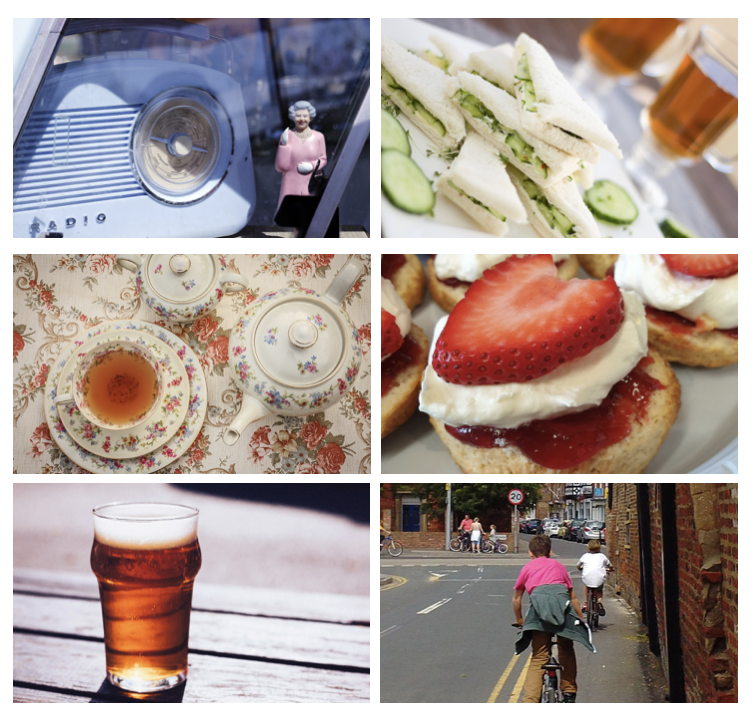 Britain. A little island that is home to tea (the kettle is constantly on), chip butties and crisp sandwiches, beans on toast, ale, G&Ts, castles, football, roundabouts, the countryside, much talk about the weather and endless humour – joking about everything helps us cope with the slings and arrows of life!

Let’s raise our pinkie fingers as we down lashings of tea and partake in an afternoon picnic in the absolutely delightful surroundings of Laurelhurst Park, before cycling to a British pub for a pint. After that, we’ll ride the street and find a spot where we can continue the banter against the backdrop of Brit tunes.

We’ll have delicacies from across the pond such as cucumber sandwiches (on white bread, with crusts cut off of course) and biccies (biscuits, aka cookies) for dipping in the hot tea I’ll have brewed up for you. Make sure to arrive with a receptacle, preferably a quaint little teacup. Feel free to bring other British delights, perhaps crumpets with a dollop of Marmite, Victoria sponge cake, treacle pudding, and ginger beer, orange squash or dandelion and burdock to wash it all down with.

British playlist to include tracks from artists such as The Clash, Bowie, The Kinks, The Yardbirds, Led Zep, Queen, Kate Bush, Duran Duran, Tears For Fears, Simple Minds and also ’90s Britpop – Blur, The Stone Roses, James, Elastica, The Seahorses (Love IS The Law) etc – along with tunes from the likes of Arctic Monkeys, The xx, Massive Attack, Gorillaz and Django Django. Also a smattering of Fleetwood Mac to celebrate that special US-UK relationship! Smashing stuff.

Toodle-pip and see you there my lovelies!

P.S. Children would be very welcome to the picnic part, and may be able to join for the rest of the ride as we’ll go to a pub where we can be outdoors.”