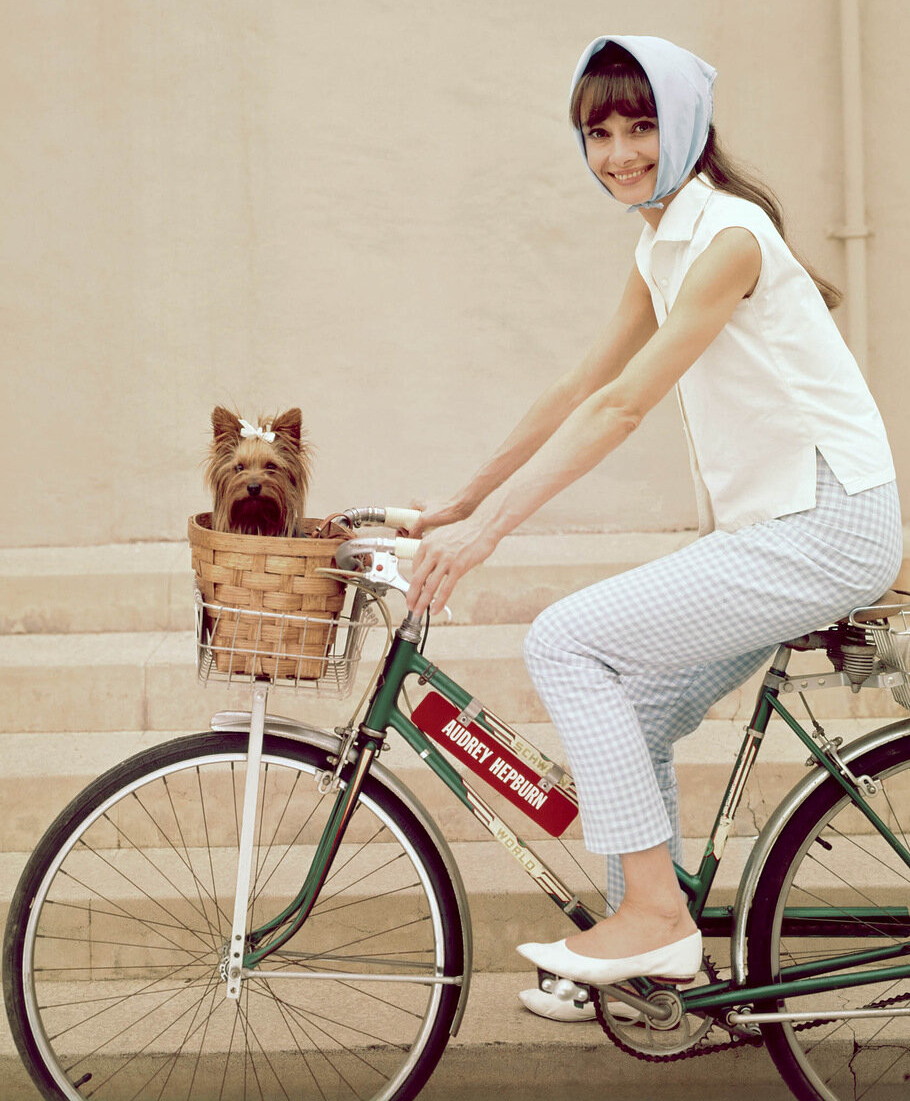 “No Hollywood star of the 1950s and 60s did more to embrace the bicycle than Audrey Hepburn. From appearing in a number of publicity photos with bikes, to using the bike as a means of transport in one of her movies. This ride joins her fondness of the bike with some of her movie roles. We start at the mile-long avenue of trees along SE Reed College Place. There will be a photo booth setup where you can re-create Audrey’s picture with a bike along a similar avenue of trees. From there the ride will make a stop related to two famous movie scenes Audrey appeared in. The ride ends after 5 miles of riding in downtown Milwaukie at Enchanté Chocolatier, rated as one of the top 10 chocolate shops in the United States. As you may well know, chocolates played a pivotal role in “My Fair Lady,” both in a famous song and in Eliza Doolittle’s phonetics lessons.”