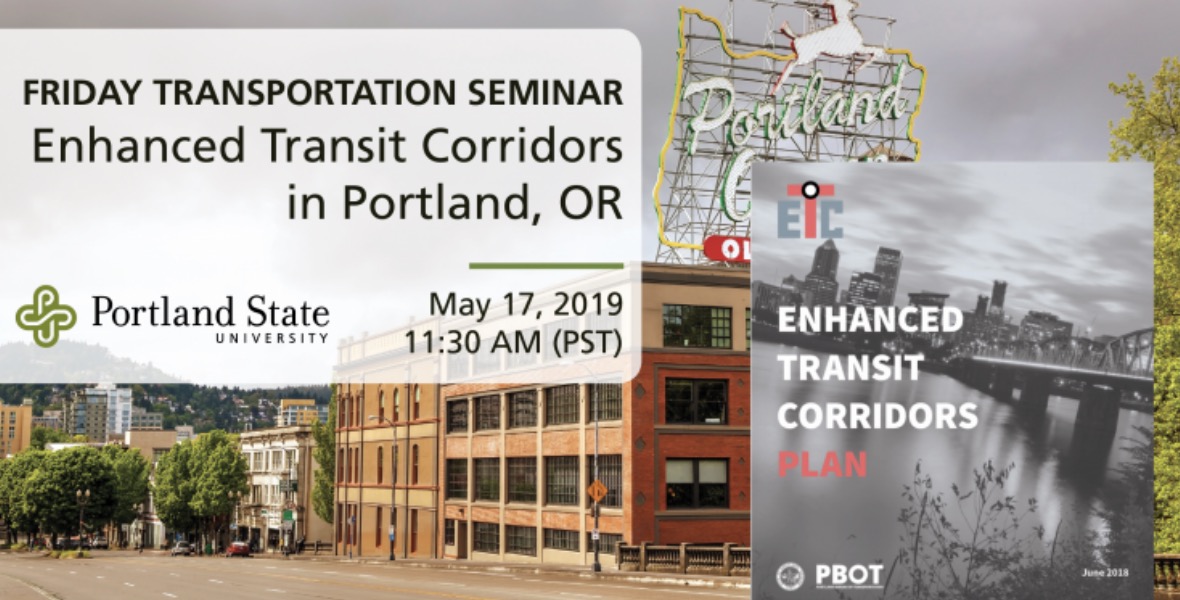 THE TOPIC (PBOT EDITION)
Over the past two years, the Portland Bureau of Transportation and TriMet have joined forces to identify, design and build capital and operational treatments to help buses move more quickly and reliably through Portland’s increasingly congested Central City. Already the densest concentration of people and jobs in Oregon, Portland’s Central City is growing fast and increasing the speed and reliability of transit is key to achieving our City and region’s transportation, climate and livability goals. Working in partnership on PBOT’s Central City in Motion plan and TriMet and Metro’s Enhanced Transit Corridor program, the two agencies have identified a series of bus lanes that in the Central City that will make transit faster and more reliable throughout the region. Project staff will discuss how projects were identified and trade-offs weighed, share the most recent designs, and discuss the benefits to transit riders and the region, with a focus on approaches to the Hawthorne, Steel and Burnside bridges.

KEY LEARNING TAKEAWAYS
Understand how enhanced transit treatments such as bus lanes and queue jumps can improve the speed and reliability of transit
Learn how collaborative system-level planning can help ensure improved transit and biking facilities are not in conflict
Analysis of current transit delay of specific Central City corridors and the benefits of proposed improvements.

Gabe Graff is the Central City Capital Delivery team manager for the Portland Bureau of Transportation (PBOT). He has worked on improving transportation safety and options for the past 13 years. He worked as the Community Cycling Center’s Programs Manager and has served on the Safe Routes to School National Partnership’s Steering Committee. He joined PBOT in 2008, where he managed the Bureau’s safety programs, including High Crash Corridors and Safe Routes to School. Gabe currently manages PBOT’s Central City Capital Delivery team and is leading Central City in Motion, an effort to make streets more efficient with investments in bus lanes, protected bikeways and safer crossings.