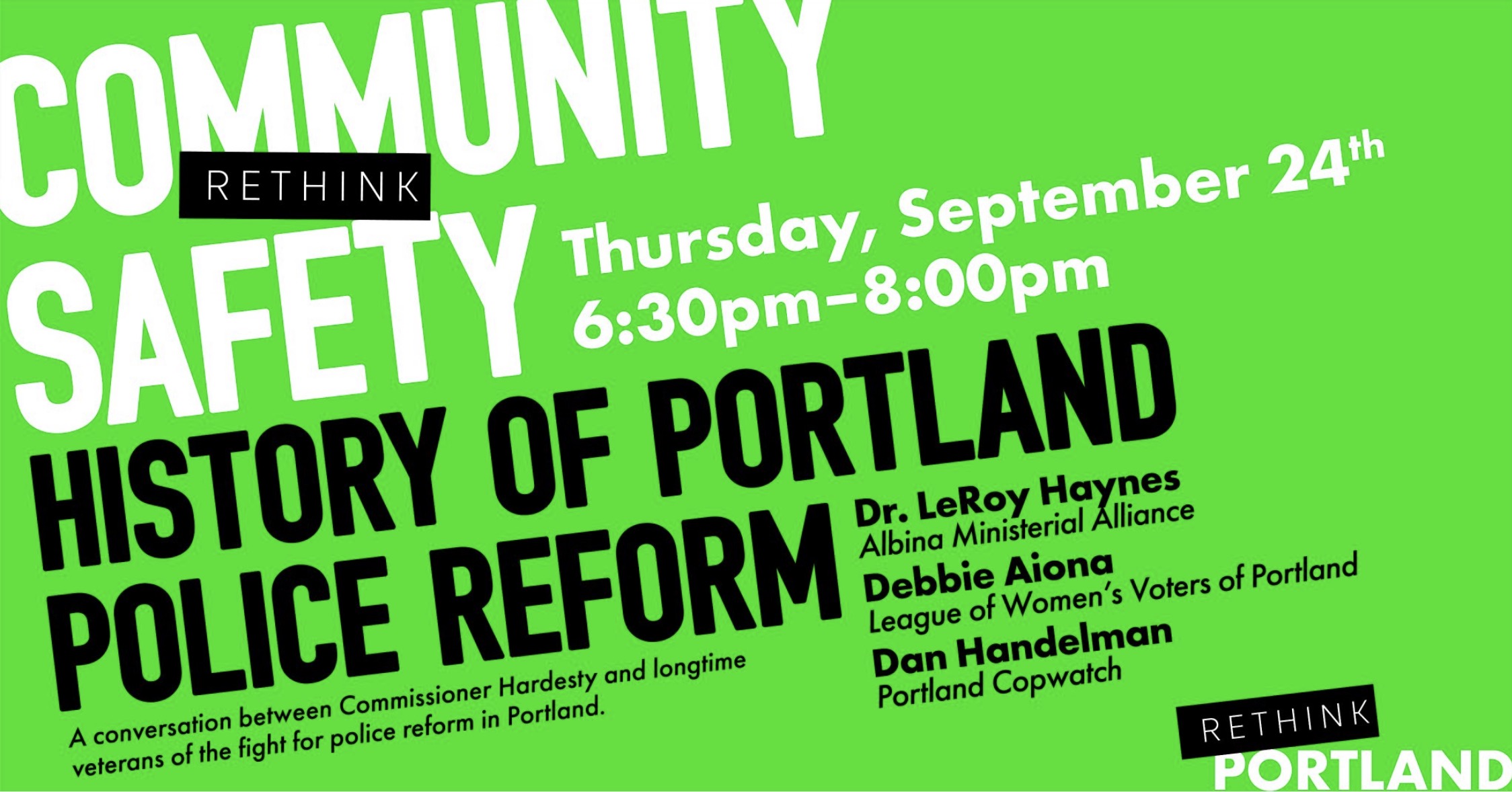 Join Commissioner Jo Ann Hardesty for a conversation with long time veterans of the fight for police reform in Portland, featuring: Dr. LeRoy Haynes (AMA Coalition for Justice and Police Reform), Debbie Aiona (League of Women Voters of Portland), and Dan Handleman (Portland Copwatch). The discussion will revolve around key moments in the history of PPB and reform efforts, as well as reflections on the lessons learned from past reform efforts.

During the final 30 minutes of the event, our guests will take questions from the live stream comments around this topic.
On screen video ASL interpretation will be provided.

This is the first in a new series of upcoming events hosted by the office of Commissioner Jo Ann Hardesty. We are excited to share more details of what’s to come at the conclusion of this event!

Hope to see you there as we reflect on the past to prepare for the future. It’s time to Rethink Community Safety.